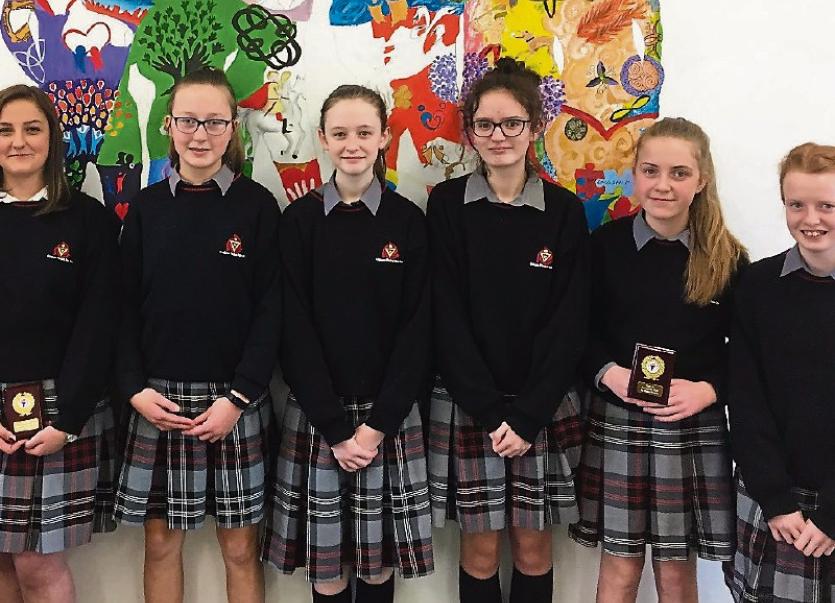 The girls were in competition against seven schools from all over Tipperary in both public speaking and Óráidíocht as Gaeilge.

The girls dedicated themselves to composing, crafting and rehearsing their speeches in the weeks leading up to the competition.

The students’ confidence and command of language belied their years and were enormously well received. Sarah O'Toole, competing in the first year category won second place for her excellent speech in Irish, while Nadia Fletcher (fifth year) was also awarded second in the senior English category with a wonderfully affecting performance.

Eve DuBerry, another fifth year student, went one better in the senior Irish category. She impressed the judges with her fantastic speech and came away with a richly deserved first place. The students are set to deliver their speeches to fellow students in the coming weeks to encourage public speaking