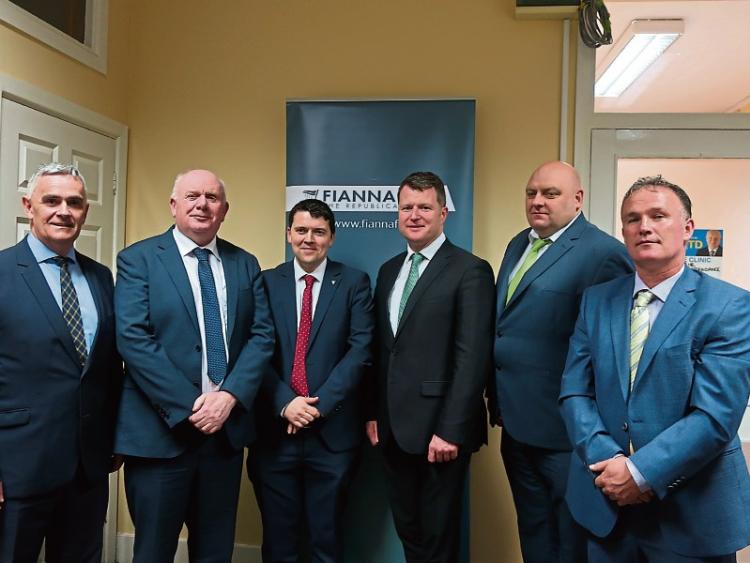 Thurles, Roscrea and Templemore were all in the one electoral area last time out in a nine-seater constituency which Fianna Fáil contested with four candidates namely, Jackie Cahill, Seamus Hanafin, John Hogan and Michael Smith.

In an amazing result all four were elected and more surprising was Jackie Cahill, and Seamus Hanafin, who were Thurles town based, while John Hogan was very close by residing just a few kilometres from the same catchment area.

That result produced the springboard for the party’s chance in securing a Dáil seat with Cllr Cahill’s success in 2016. This time out Thurles will be an area on its own resulting from the boundary commission’s restructuring as Roscrea Templemore is now annexed and is a four-seater area.

Resulting from Jackie Cahill's success in becoming a TD, Séan Ryan from Littleton was co-opted and has continued the representation of the late Harry Ryan who was a councillor covering the Moycarkey parish for over two decades.

As councillor Hogan is not contesting this time out, we have Willie Bergin from Templetuohy accompanying Michael Smith as we strive to hold our representation.

The aim of the party in the Thurles area is to return with three councillors. Outgoing Cllrs Seamus Hanafin and Séan Ryan are joined on the ticket by Fergal Butler from the village of Upperchurch. At the launch, the huge gathering was welcomed by the Thurles Comhairle Cheantar chairman Neil Ryan. Among those that addressed the meeting were Jackie Cahill TD, Malcolm Byrne European candidate, Arthur Griffin Jnr, vice president of Fianna Fáil, Frank Begley Tipperary director of elections.

The three candidates Fergal Butler, Seamus Hanafin and Séan Ryan set out their stall in a very forthright manner citing the many shortfalls of the government pertaining to the local areas. Roscrea Templemore candidate Willie Bergin in his address also went into detail on his plans for the future.

Malcolm Byrne explained the importance on having our voice heard in the European parliament and what his goals are. Our TD Jackie Cahill covered many items of concern in his address and that we have to be ready for a general election which could take place later in the year.

The packed room listened intensely to the addresses of all the candidates which covered so many items of great importance which of course included the debacle regarding the Thurles Post Office.

We wish all our candidates every success as they take to the hustings with immediate effect and urge all members to do their utmost to ensure of a very successful outcome for the Fianna Fáil party.