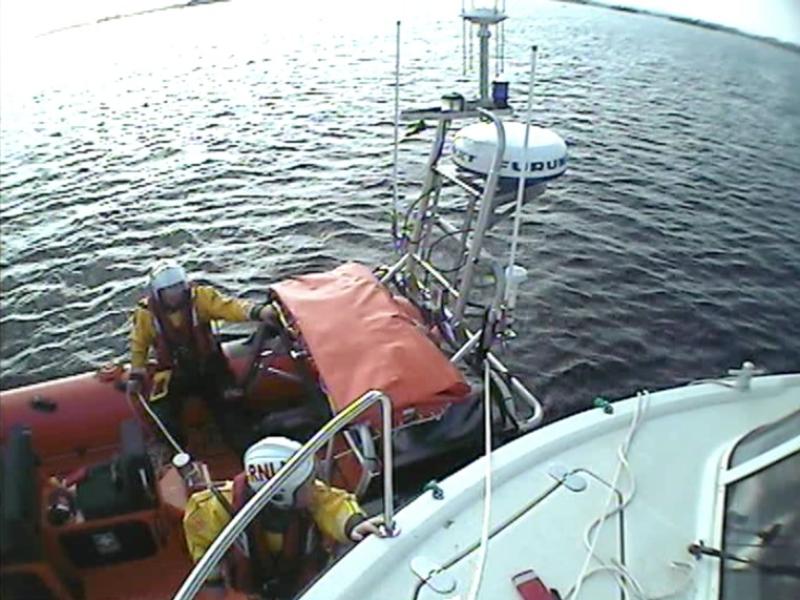 Lough Derg RNLI came to the assistance of seven people on board a cruiser that ran aground in the lake this Thursday.

The 60-foot hire cruiser had four adults and three children on board when it struck a shoal of rocks on the Galway side of the lake near Coose Bay, between Split Rock and Hagen Rock, at around 3.40pm.

Lough Derg RNLI was alerted to the incident by Valentia Coast Guard.

Two experienced marine engineers were also at the scene.

The lifeboat took soundings of depth as it approached the casualty vessel which was aground on extremely hazardous shoal. All passengers were wearing their lifejackets and were found to be well and unharmed.

Two RNLI volunteers and one of the engineers transferred to the cruiser and checked for water intake. They found none, but there was significant damage to the rudder.

The lifeboat crew set up for tow and eased the cruiser off the rocks and into safe water. The tow was passed to the rescue vessel from the cruiser company.

An RNLI crew member remained with the casualty vessel until they were satisfied that the handover was complete.

Ms Hooker advised boat users "to remain with the navigation marks, and to ask locals about hazards before setting out from harbour".

This was the fourth time Lough Derg RNLI has been called out to assist stricken craft in the past month.