Five people and a dog assisted by Tipperary crews 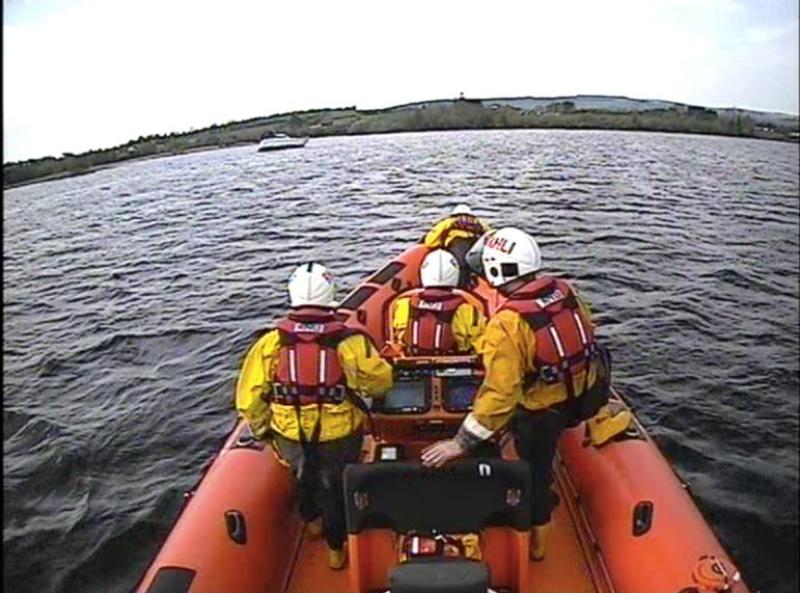 At 4pm on Monday, Lough Derg RNLI were requested to go to the assistance of a person on a 37ft cruiser aground north of the mouth of the Scarriff River.

The lifeboat arrived on scene at 4.45pm. Winds had pushed the cruiser close to shore and raised it high out of the water. The lifeboat approached the cruiser with caution while the volunteer crew took soundings and used the electronic navigation charts on board to assess depths.

An RNLI crew member transferred across the to the casualty vessel and established that the skipper was safe and unharmed. They checked the boat for water and emptied the tanks on board to lighten the vessel.

After a thorough assessment of depths around the cruiser, the RNLI volunteers set up for a tow. The cruiser was taken off the rocks and into deeper water, where the crew member on board the casualty vessel again checked the boat to ensure there was no damage to the hull.

The skipper checked the engine, steering and rudder which were found to be in working order. The lifeboat released the tow and with a crew member still on board, accompanied the cruiser up the Scarriff River.

Satisfied that all was in good working order and that it was able to continue its passage without the need for further assistance, the RNLI volunteer transferred back to the lifeboat.

Helm Ger Egan advised boat users to  "make sure you have up to date charts on board and always check that your surroundings correspond to the navigation route on the chart or GPS".

Meanwhile, at around the same time, the Killaloe unit of the Irish Coast Guard was tasked to assist three people and a dog after their 27-foot cruiser suffered engine failure about two miles north of the lakeside village

Without power, the vessel was blown onto the Clare shore however those on board managed to drop their anchor.

The coast guard dispatched a boat crew and a shore team. A crew member was transferred to the casualty vessel and set up a tow line.

The cruiser was then taken on tow back to Killaloe where it was safely tied up.