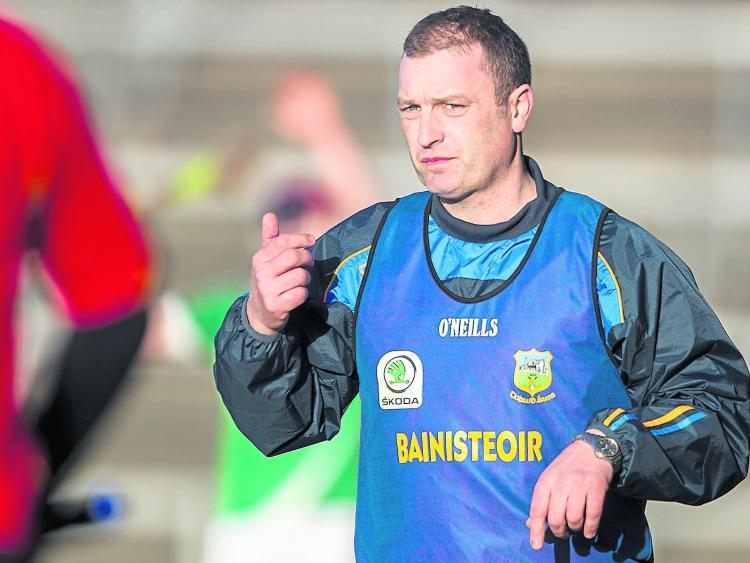 Fix the Fixtures has become something of a battle cry in the GAA world. Like all slogans it trips easily off the tongue and is pleasant on the ear, but behind those three simple words lurks a very complex challenge. It’s a challenge that’s likely to preoccupy the Association for some time.

Last week, the Club Players Association (CPA) re-entered the fray with a missive to its members on the issue, urging them to be prepared for “possible escalation” of their campaign. It was a call to arms, no doubt intended to prod Croke Park into action on the proposed setting up of a fixtures group.

If anyone thinks there’s an easy fix to this problem then they need a reality check. This is a multi-layered, intricate issue that has evolved over the decades and won’t be easily resolved. Everyone has a view but there’s no consensus on any solution. Like the House of Commons this is the GAA’s Brexit.

Back in the day, as they say, things were so much simpler. Fifty years ago, for instance, you had just your four county championships, senior, junior, U-21 (then relatively new) and minor. There were no B or C grades, no intermediates. championships were mostly knockout in nature and everything was based on the divisions. Club championships (bar senior) ended with the county finals and the inter-county scene was all knock-out. Everything was simpler with far fewer games, though even then fixtures gave administrators plenty of headaches.

Since then the entire GAA landscape has changed utterly. The proliferation of competitions has placed extra pressure on planners to accommodate everyone. The overlap of players between grades is a particular problem. The divisional system within Tipperary is an added complication to all this. The GAA’s dual mandate to cater for two field games, hurling and football, further intensifies the pressure. (Incidentally, please save me this silly comparison with the local soccer team where you have none of the complicating tie-ups that the GAA has).

Then you have the burgeoning inter-county calendar. Once competitions moved away from a simple knockout format it meant extra games. Qualifiers were introduced and then came the round robins and the super 8s. Many club grades now go to All- Ireland level. The inevitable consequence of all these changes was that local club activity was being squeezed into an ever-shrinking space.

So at the heart of this issue is a clash between the conflicting demands of inter-county and club seasons. It’s a clash that’s not new, though it has intensified in recent years. Part of that intensification has come from the professionalisation of team preparation. Tipperary won the first ever All Ireland U-21 hurling title in 1964. Those players were feted on the 50th anniversary of that achievement. Some people were surprised at the time to hear that the team had no collective training ahead of that championship.

By contrast Liam Cahill and his management team have already months of preparation behind them in anticipation of this year’s U-20 championship - and their opening game isn’t until July 9.
Of course it’s the senior team managers who are more central to this issue. Countrywide they demand full access to panels of around 35 players for most of the playing season and county boards are often either unwilling or unable to challenge their authority.

Meanwhile, the club colleagues of these players must sit and wait for an unsure season to resume sometime in late August or, more likely, September. So it’s a tug-of-war between club and county and the best balance between the two has yet to be found. The Association at large needs both club and county scenes thriving but finding a formula for that to happen is proving difficult.

Few will dispute the pivotal role the club plays in the overall structure. The old cliché has it defined as the cornerstone of the Association and it’s a cliché because it embodies a truth. Everything begins with the club. Young players are inspired, nurtured and developed at club level.

The GAA club remains a constant in an ever-changing world

Alone among sporting organisations, the GAA club is parish-based, giving it a unique role in the community. Other institutions such as the church or Fianna Fail may have fallen away and lost influence but the GAA club remains a constant.
Supporting and strengthening the club, therefore, is essential.

However, the inter-county scene is also critical to the overall wellbeing of the organisation. The big-ticket, championship fixtures are the shop window for the games. The media coverage of these events is invaluable as a promotional tool. One of the criticisms of a shorter inter-county year is that you forfeit so much priceless publicity and glamorous exposure of the games.

Besides, the inter-county games are the big money-earners which finance the entire infrastructure countrywide. Millions of euro passes from central and provincial coffers to units throughout the country, helping the GAA to sustain its unrivalled infrastructure of facilities.

Finding a system then that serves both club and county in equal measure is the challenge facing the organisation. In recent years the balance has tilted more towards the county at the expense of the club, so redressing that is essential. The opening paragraph of the CPA communication to its members begins with a strange statement: “the fixtures crisis remains and nothing has been done by GAA management to materially address the situation or achieve real change”.

Really? What about the bringing forward of the All- Ireland Finals and creating this ‘club only’ month of April? You may disagree with these initiatives, or question their effectiveness, but surely claiming ‘nothing’ has been done is simply inaccurate.

‘Club only’ month hasn’t worked out

Croke Park championed these moves in a well-meaning attempt to address the issue of club fixtures. In their second year of implementation I think the consensus is that the moves haven’t worked, especially the ‘club only’ month, but, nonetheless, they were significant, ground-breaking initiatives.

Changing the dates of the All- Ireland Finals was a wrench for some people who saw a long-held tradition being abandoned; yet the organisation still embraced the move. And it does create more space for club activity in late summer, so let’s not be totally negative and knock everything.

The ‘club only’ month, however, has been diluted from the original suggestion. In its present guise it’s misnamed. In order to avoid counties playing four consecutive weeks in the Munster championship the start date of the series was brought forward one week. Thus, Tipperary play Cork on May 12 this year, whereas they began against Limerick on May 20 last year. That week impacts on the ‘club only’ month.

In essence the ‘club only’ month is a fortnight and even then there were troubling stories this year of county players not being available to their clubs the week before they played county championship. Once again it all hinges on the power and influence of the county managers.

A bigger issue for the concept of a ‘club only’ month is the notion of playing an opening championship game in early April and then waiting five months for round two. That fragmentation serves no purpose. Teams have to build up for one game and then press pause for a second build-up months later. Managing momentum is a major issue there for clubs and players generally dislike this stop/start process. As this entire debate progresses I think it’s inevitably heading towards a total separation of club and county seasons.

That may mean bringing the All-Ireland Finals forward another few weeks and thereby allowing club championships to commence in mid to late August. Earlier in the year clubs could play county leagues without their county players. There are pros and cons attached to such a solution but at this stage I haven’t heard any more plausible suggestions. Finding a fix that suits everyone, or even a substantial majority, seems a tall order.

Meanwhile the CPA will continue to campaign on the issue with their threats of ‘escalation’, which many have interpreted as a strike threat.

Last week’s message to members contained one extraordinary statement: “it’s not who is right but what is right. We know that what we are saying is right”. Re-read that and think about it. You might have views on the issue but the CPA are the only ones with the right views. We know this because they’ve told us so. Indeed.