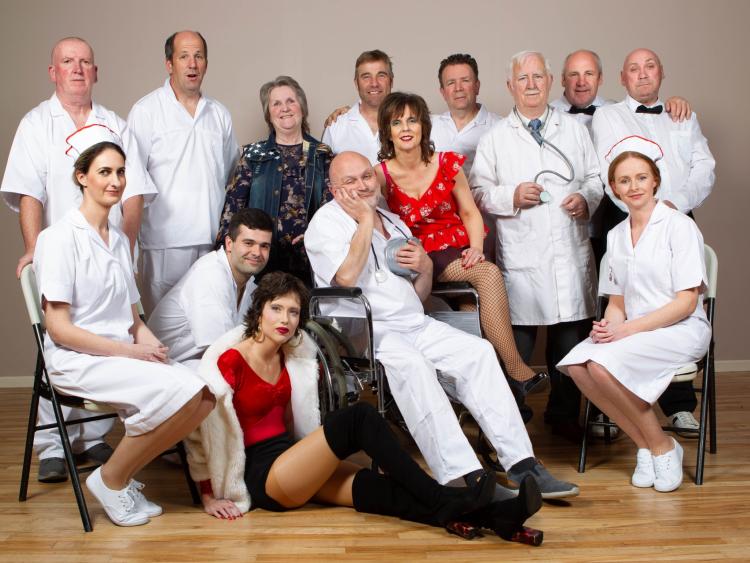 Rehearsals are in the final stages for Clonmel Theatre Guild’s 50th anniversary production of the wonderful One Flew Over the Cuckoo's Nest, which will be staged at the White Memorial Theatre from May 15-18.

Directed by Anne Williamson, who previously directed the guild’s highly successful production of John B Keane’s The Field two years ago and who is also a director with the Fionn Mac Cumhaill Players in Cloneen, this special play promises to be a must for everyone’s diary.

It is adapted for stage by Dale Wasserman from the book by Ken Kesey. One Flew Over the Cuckoo's Nest is narrated by Chief Bromden, a gigantic yet docile half-native American patient at a psychiatric hospital. He tells the story of Randle P. McMurphy, a new patient who faked insanity to serve a shorter prison sentence in the hospital rather than at a prison work farm. McMurphy is determined to shake up the mental institution and challenge the sweet but manipulative Nurse Ratched. Nurse Ratched moves about silently yet is a massive personality with a smile that seems to be forever on her pretty face.

When asked what will surprise people about this play, Anne Williamson said: "A lot of people will think it is very serious, but it is more of a dark comedy with a lesson running through it. You will laugh, you will cry, you will be drawn into this play and fall in love with the characters - the wonderful bigger than life Chief Bromden, the lovable rogue McMurphy and the inmates who are all so different in character yet lovable, the cunning and always smiling assassin Nurse Rached and her little army. Each and every one of them will grip at your heartstrings. When mental health has never been so much spoken about, this play will take you on a trip back to the 1960's to a time when understanding and acceptance of patients was let's say not very sympathetic.

"With a cast of 15, this is one of the guild's largest productions for a number of years, which is only fitting for its 50th anniversary celebrations. The guild is delighted to see so many new faces taking to the stage to join the well-known and much loved actors. To say that the cast are having fun would be an understatement - they are absolutely buzzing!"

Tickets are on sale for One Flew Over the Cuckoo's Nest in Marian’s bookshop and on Clonmel Theatre Guild's website for €15. As is customary with all productions, the guild supports a local charity with a donation from the raffle and on this occasion it will be supporting Sanie's Trust.

To coincide with this production, an exhibition celebrating 50 years of Clonmel Theatre Guild bringing theatre to South Tipperary will be staged in Clonmel Library from May 13-18.