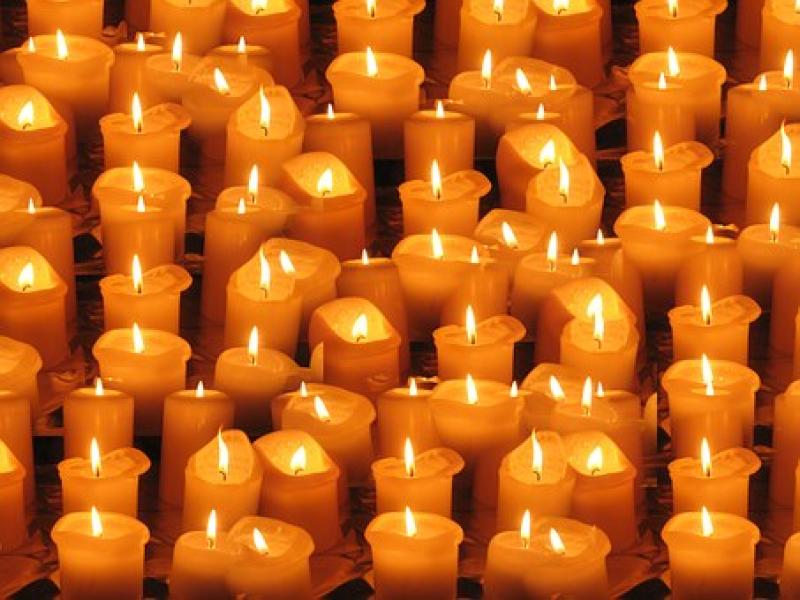 The late Philip Lonergan
The death has occurred of Philip Lonergan
No 1, The Meadows, Ballyporeen, Co. Tipperary who died on May 15th 2019. Philip deeply regretted by his son Philip, daughters Margaret, Lisa, Ciara, Jennie, Rebecca, Melissa and Shannon, his mother Greta, brothers, sisters, brothers-in-law, sisters-in-law, sons-in-law, daughter-in-law, nephews, nieces, grandchildren, relatives and friends. Reposing at his mother Greta's residence in Scart, Tubrid, Ballylooby, Cahir on Saturday from 4pm to 8pm. Removal on Monday for 11 o' clock Mass in the Church of the Assumption, Ballyporeen. Burial afterwards in St Mary's Cemetery.

The death has occurred of Jerry Quinlan, Church Road, Nenagh. Peacefully, surrounded by his family, beloved father of Ruth and Eddie. Sadly missed by his loving daughter, son, partner Rina and her family, brothers John and Michael, sisters Eileen and Nora, grandchildren Roisín, Paudie, William and Iarlaith, extended family, cousins, relatives and many friends. Reposing at his home (E45 RW59) on Monday 20th from 4pm until 8pm. Funeral arriving on Tuesday to St. Mary of the Rosary Church, Nenagh, for Requiem Mass at 12 noon followed by burial in Lisboney Cemetery. Family flowers only, donations, if desired, to Irish Lung Fibrosis Association and Milford Home Care.

The death has occurred of Nora Blake (née Kennedy), Main Street, Golden and formerly of Coolgurt, Glen of Aherlow, Co. Tipperary. May 16th 2019, peacefully in the loving care of the Staff at St. Bernadette’s Ward, St. Patrick’s Hospital. Nora, beloved wife of the late Mickey. Deeply regretted by her nephew Michael, niece Rosarie, grandnephews, grandnieces, relatives and friends. Reposing at St. Patrick’s Hospital Mortuary this Saturday evening from 6.30pm with Removal at 8pm to the Church of the Blessed Sacrament, Golden. Funeral Mass on Sunday at 11am followed by Burial in the adjoining cemetery.

The death has occurred of Celine Greevy (née McMahon), (Clontarf, Dublin 3, and formerly Killenaule, Co. Tipperary) - May 16th 2019 (peacefully) in the care of the staff of Highfield Hospital., Swords Road, Dublin predeceased by her loving husband Patrick (Paddy) and brothers Desmond and Oliver. She will be very sadly missed by her son Brendan, her daughter Orla, son-in-law Lorcan, grandchildren Kevin, Brian, Oscar and Cormac, her sisters Mary McManus and Anne Breathnach, her brothers Séamus and Seán, her goddaughter Mary Hester and cousin Máire Sheahan, brothers-in-law, sisters-in-law, nephews and nieces, many friends and carers at Highfield. Reposing at Highfield Healthcare Oratory Chapel today Friday from 5pm until 7pm. Requiem Mass in Highfield tomorrow (Saturday) at 10am with Funeral thereafter to Fingal Cemetery. Family flowers only, donations in lieu to the Alzheimer Society of Ireland.

The death has occurred of Mary Cashen (née Smyth), Monadreen, Thurles. Died 16th May, 2019, peacefully at her home surrounded by her loving family. Predeceased by her husband William (Bill), sadly missed by her son Karl, daughters Deirdre, Frances and Miriam, daughter-in-law, sons-in-law, adoring grandchildren and great-grandchildren, extended family and wide circle of friends. Reposing in Kennedys Funeral Home, Dublin Road, Thurles on Saturday evening from 5 p.m. to 8 p.m. to arrive in the Cathedral of the Assumption at 8.30 p.m. Funeral Mass on Sunday at 12 noon followed by burial in St. Patrick's Cemetery. Family flowers only. Donations, if desired, to North Tipperary Hospice.