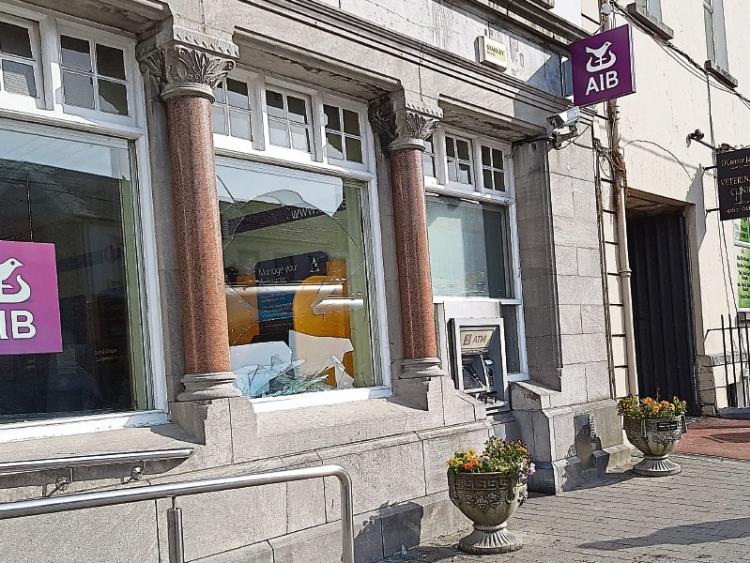 The front window of Cashel's AIB bank was smashed at about 7.30am on Tuesday morning, May 21

A man in his 20’s had to be hospitalised with serious injuries after he smashed the front window of the AIB Bank in Cashel on Tuesday morning.

The man attacked the bank, situated on the Main Street, at about 7.30am using one of his arms.

Gardaí attended the scene, with a unit of the Fire Brigade, and cordoned off the area, but traffic diversions were not necessary. The front window to the left of the ATM was completely smashed, and blood could be seen splattered on the ground on the footpath nearby.

The assailant suffered serious injuries to his arm arising from the incident, and was taken to Limerick, where he was due to be charged and arrested, after he recovered enough from his injuries. It's understood the man had no personal vendetta against the bank.