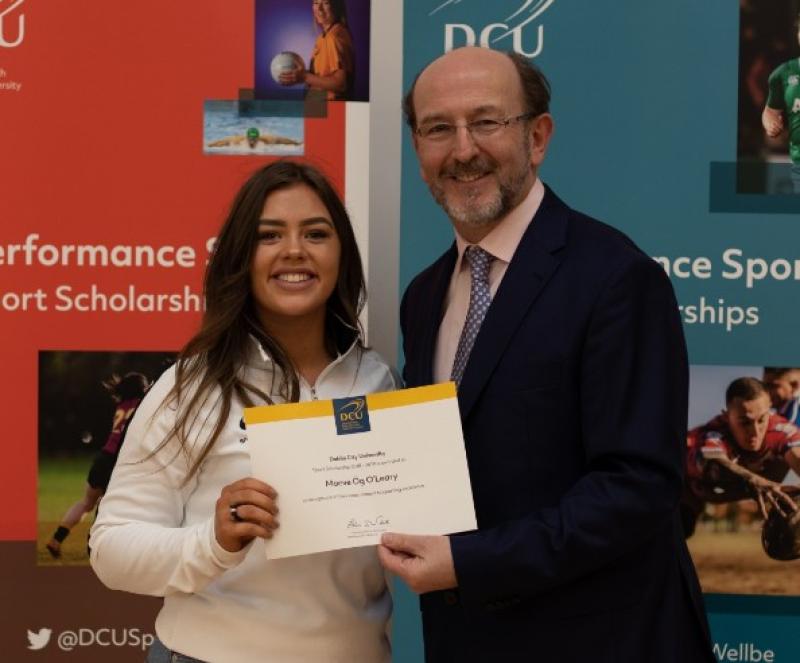 A multi-talented Tipperary sportswoman has been awarded a sports scholarship from DCU.

However, it is for her rugby talents that the first year Communications student received her scholarship, which was presented with by DCU president Prof Brian MacCraith.

“The awarding of these scholarships is a recognition that DCU’s high-performance athletes need support in order to successfully balance the demands of their sporting and academic commitments. The award takes into account not just their individual sporting achievements. It also recognises the valuable contribution they make to the DCU community through their activities with our sports clubs, such as coaching and mentoring fellow students," said Prof MacCraith.

A former student at St Anne's Community School in Ballina / Killaloe, Maeve Og always had a keen interest in sport and had played camogie for years before a chance to play rugby came along while she was in transition year.

Born with a hurley in her hand, she played camogie until she decided to introduce rugby to the school as she always had a keen interest in it but never had a chance to play, despite her father being coach to the local boys' team.

She took to it straight away - and soon found herself on the Munster Sevens team.

But then it comes as no surprise as her brother, Shane, played with Young Munster, Grenoble, was with Connacht for three seasons. He now plays for Nottingham and is fly-half with the Canada international team. He qualifies to play for Canada on his mother's side.

However, Maeve switched her attention to softball having been introduced to the game by her teacher Grace Kearney and quickly made the Ireland team - starting for Ireland at the Junior World Championships in Florida.