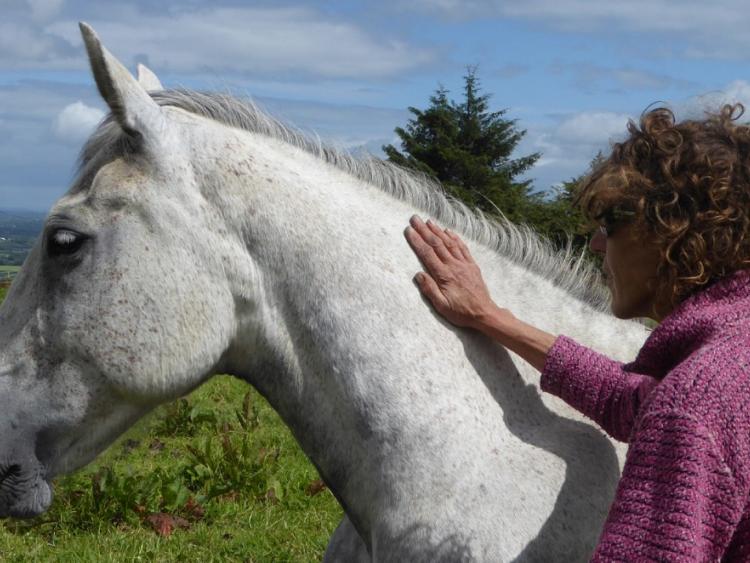 Two horses have been reunited with their owner after being stolen from a field in North Tipperary earlier this month.

Templemore artist Lynn Kirkham said she is “forever grateful” to everyone who helped in the search for the missing animals which were recovered from a field in Co. Carlow last week.

The thirteen year old geldings were taken near Killea sometime between 8pm Sunday, July 7 and 8am Monday, July 8.

Friends of the well known artist immediately set up an online campaign urging members of the public to come forward with information.

A week after they were reported missing, Lynn received the call she'd anxiously been waiting for to say horses matching the description of her beloved Echo and Strider had been spotted in Carlow.

The caller had recognised the horses from a 'missing advert' that had been placed on DoneDeal.

While both animals required veterinary treatment when they were returned home, it is believed they will make a good recovery.

The artist wishes to thank everyone who helped in the search including the public, her friends and neighbours.

“Everyone who shared posts on social media or kept an eye out for Echo and Strider, thank you, especially the Hungry Horse Outside equine rescue and the Embleton family.”

“Thanks also to J & A Horse Transport who sent a trailer to collect the horses immediately,” she says.

Ms Kirkham is a well known equine artist based at her Greenmantle studio in Bohernarudda, Templemore. She has previously been commissioned by Kildare County Council and Teagasc to create sculptures for public spaces. Both Echo and Strider had been key inspirations in her work over the last decade.

This is the latest incidence of horses being stolen in Tipperary this month after a therapy pony was taken from the Knocklofty area in Clonmel. The animal was later recovered in Cork by gardai.