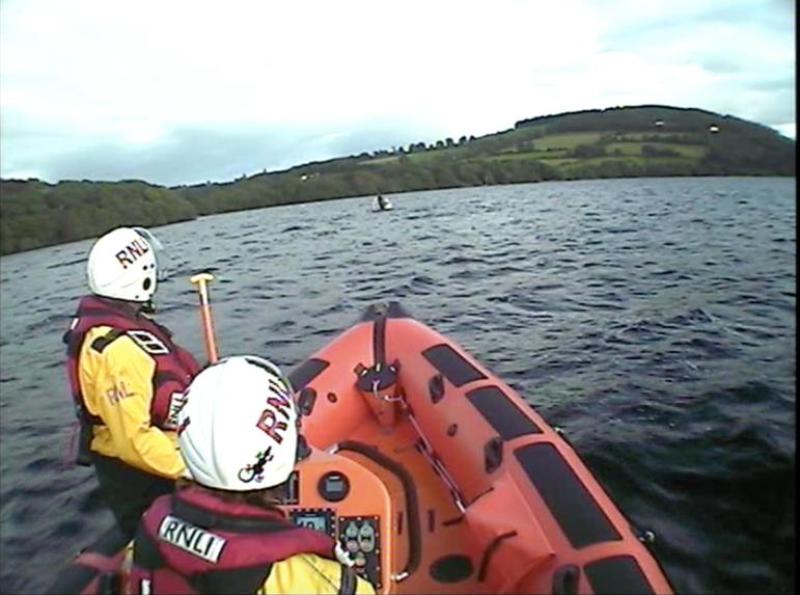 Lough Derg RNLI has been called into action twice in as many days as one of the busiest times of the season approaches over the August Bank Holiday.

The service came to the aid of man whose 18ft boat got into difficulty this Tuesday, July 30, having sustained engine failure by Mountshannon harbour on the Clare shore.

At 7.10pm, the inshore lifeboat was launched at the request of Valentia Coast Guard with volunteer helm Eleanor Hooker and crew members Ger Egan, Chris Parker and Joe O’Donoghue onboard.

Winds were north easterly, force 4 and visibility was good at the time.

When the lifeboat arrived at Mountshannon harbour where the casualty vessel had initially been located, the crew found nothing matching the description.

Valentia Coast Guard gave co-ordinates for the vessel which had drifted two miles south of the original location and was anchored at Castlelough on the Tipperary Shore.

The lifeboat crew quickly located the vessel and once alongside observed that the boat’s onboard motor had had a fire. The crew advised the skipper to disconnect the motor’s battery and fuel line to the engine and to locate the fire extinguisher.

Once satisfied the engine posed no danger, the vessel was taken under tow to Mountshannon and tied alongside at 8pm.

The lifeboat crew then administered minor first aid to the skipper who had a recent finger injury and had lost the dressing from his wound.

Speaking following the call out, Ger Egan, Lough Derg RNLI crew member said: "We would remind all boat users of the importance of doing regular checks on their boat’s engine and make sure it is serviced regularly.

"As we continue to enjoy the summer, we would also like to remind all users of the lake to respect the water. Always wear a lifejacket, always carry a means of communication and let someone on the shore know where you are going and when you are expected back. Should you get into difficulty, call 999 or 112 and ask for the Coast Guard."

On Monday afternoon, Lough Derg RNLi assisted two people whose 30ft cruiser had become stuck on rocks on a raised shoal on the eastern shore of Lough Derg.