Cruiser got into difficulties after rope snagged propellers 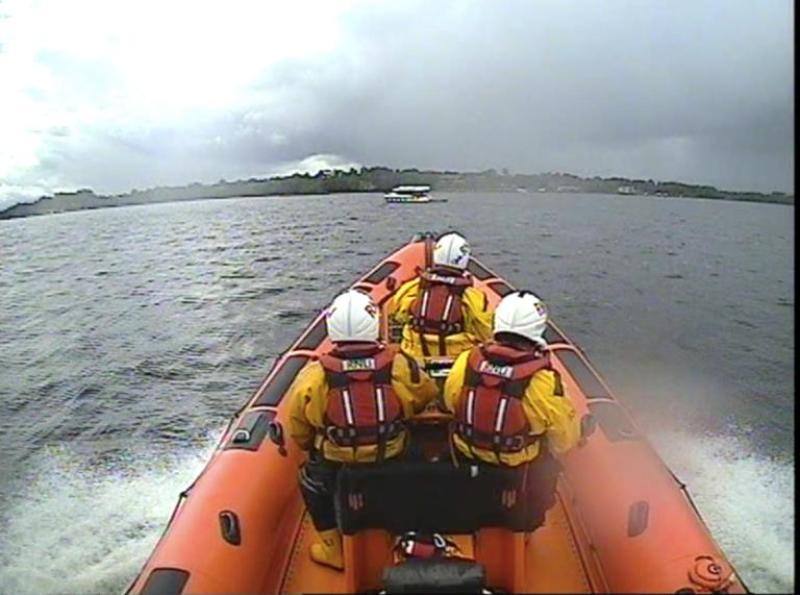 Lough Derg RNLI rescued a family of four on a 40ft cruiser after a rope fouled their propellers near Williamstown Harbour yesterday afternoon.

The crew was requested on Tuesday, August 5, by Valentia Coast Guard to assist two adults and two children and launched at 3.15pm with volunteer helm Eleanor Hooker and crew members Dom Sharkey and Owen Cavanagh onboard. Winds were southerly, force 5/6, with poor visibility in the frequent squalls.

The lifeboat arrived on scene and quickly established that the two adults and two children on board the casualty vessel were unharmed and wearing their lifejackets.

The skipper had dropped anchor near Williamstown Harbour, in the Clare shore when he discovered his propellers were fouled by astern lines.

Once volunteer crew had checked the boat and were satisfied there was no damage, they took the casualty vessel under an astern tow to Dromineer Harbour. Before entering the harbour, the crew changed to an alongside tow for greater maneuverability in the testing conditions.

Liam Maloney, Lough Derg RNLI operation manager, and Peter Hooker, lifeboat medical advisor, met the lifeboat in the harbour to receive lines as the lifeboat brought the casualty vessel safely alongside the mooring.

"We would advise boat users to always check weather forecast before going out on the lake and carry a means of calling for help. If you get into difficulty call 999 or 112 an ask for the Coast Guard," said Ms Hooker.