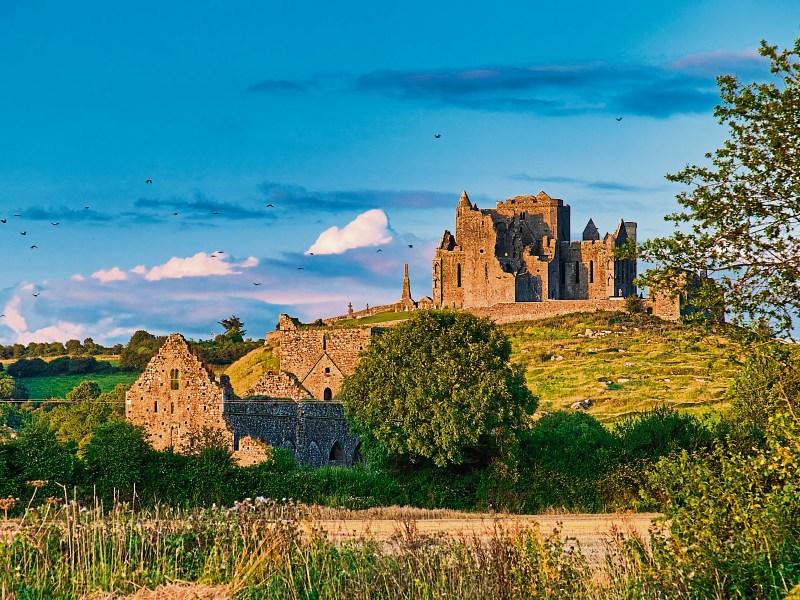 The Rock of Cashel by George McGrath, now on view in Cashel library

George McGrath’s exhibition of photography was launched in Cashel library on Tuesday last week, unveiling a collection of about 45 atmospheric scenes depicting places and people from Cashel and surrounding areas at their most striking.

The exhibition will run for the month of August, and was officially launched by his colleague and fellow photographer, Mark Fitzell.

A Cashel native, George has spent most of his life in the heritage town, apart from a few years in England.

His latest work involves landscapes of Cashel and portraits of local artists and musicians.

George grew up in Cashel in the 1960s and 1970s and was inspired by local monuments and castles.

“I bought my first camera when I was about 14,” he says. “At that time, it was all film, there was no such thing as digital. It was expensive, you had to buy film and then of course you had to get it developed. It was more difficult to learn photography. Now all the information is available on the internet.”

The advent of digital photography has brought the art form to a much wider following than previously, as costs have come down.

“You can now go out and take 500 photographs and it costs you nothing. You don’t have to get them developed or buy film: that was really the prohibiting factor for me back then.”

The photos in Cashel library were taken throughout the last five years, in different seasons.

George got the idea for putting on an exhibition from people encouraging him to do so, having seen his work online.

Readers who wish to purchase a copy of one of George’s photographs can contact him on his facebook page, George McGrath photography.