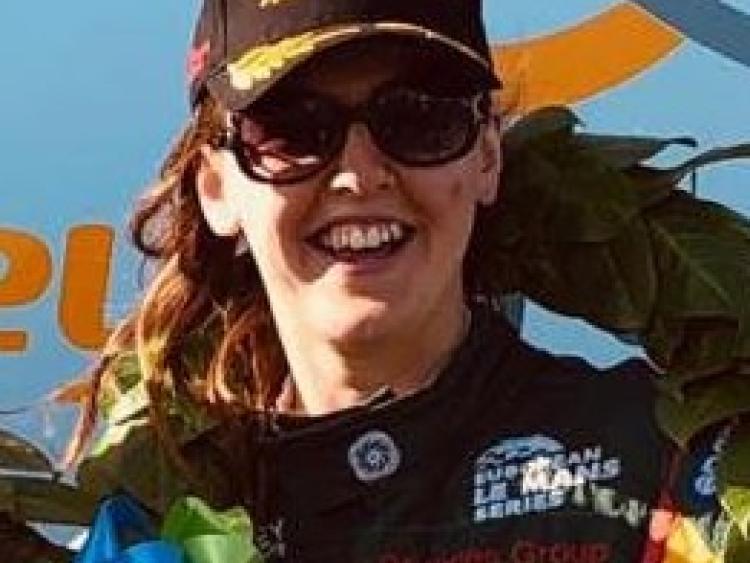 The car is now owned by the US based Corkman John Campion and it was due to his generosity that Nicole got the exciting opportunity. Campion had shipped the car over from the States specifically for the annual Mondello Park event. He had also arranged for Derek Daly to be at the event and to be reunited with the car he raced in the 1981 Formula One World Championship.

Nicole had a seat fitting in the car on Saturday morning before taking to the track for her demonstration in front of a large crowd on Saturday afternoon.

It was back to business for Nicole the following day as she returned to the Endurance Trial series. With Aaron McElroy on the notes, the pair took their fifth class win of the year and are now within reach of their second title, with two events still to run.

Nicole Drought: "That was absolutely amazing. The team were so nice and Derek (Daly) was extremely helpful too. The car is wonderful to drive and I am honoured to have had the opportunity. A massive thank you to John and Suzanne Campion- dreams do come true!"

The Guinness March 811 was raced in the world Championship in 1981 by Dublin's Derek Daly and Eliseo Salazar. It currently resides in John Campion's car collection in America, with a Jordan F1 car and a host of iconic Group B rally cars for company.

Nicole Drought, 25, from Roscrea in Tipperary, is Ireland's top female racing driver. In 2016, she became the first woman to win in the Irish Touring Car Championship, taking victory in the Production Class in her Honda Integra. She has subsequently raced in Global GT Lights, Stryker Sportscars and Formula Vee.

Nicole is the only Irish Ambassador for the International Sean Edwards Foundation, with whom she tested a Porsche GT3 Supercup in Le Castellet in 2016. In 2018, Nicole raced in the Irish Stryker Championship, running at the front all year with a number of podium finishes. She is also the reigning Class 1A Endurance Trial Champion, having competed in 2018 in a NIssan Micra and leads the 2019 series, having won the opening five rounds.

In May 2019, Nicole became the first woman to win in the UK C1 Endurance series, when she partnered Colin Lewis to victory in a 4 hour race at Anglesey in Wales.

In August 2019, Nicole drove a Formula 1 car at the Mondello Park Historic Festival, when she demonstrated the ex Derek Daly March 811. Nicole is a Sean Edwards Foundation Ambassador, a Nissan Generation Next Brand Ambassador and a member of the Murphy Prototypes Young Driver Programme. She is also an Ambassador for Formula Female, the initiative set up by Irish Hockey Star Nicci Daly to attract more females into Motorsport.