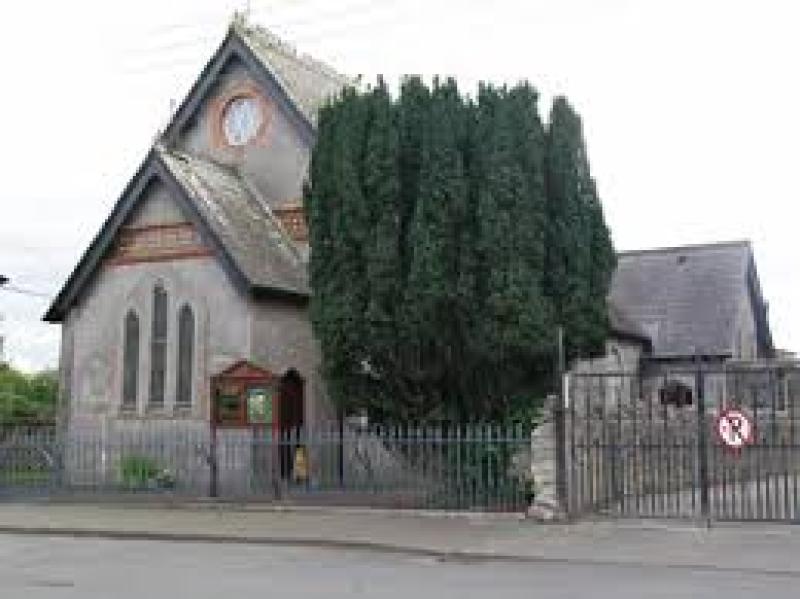 There was shock and sadness in Cloughjordan this week following vandalism to the village’s Methodist church.

A pane of glass on one of the church’s two noticeboard displays was cracked while the other display had the frame ripped off and broken sometime after midnight on Saturday. One of the noticeboard displays gives service times and contact details for the minister, and the other holds a large colourful poster with a Christian message that is changed every two weeks. The poster was found on the ground.

A heavy ornamental cement trough filled with an attractive display of fresh flowers was turned over and the flowers crushed.

It is believed that the damage may have been caused by an individual or group of people who were drunk.

While the cost of the damage is relatively little, it was a painful beginning to a Sunday morning of Christian worship for the Methodist community of Cloughjordan and surrounding areas.

A garda spokesperson confirmed that the incident is under investigation and encouraged anyone with information to contact either Nenagh or Borrisokane Garda stations.