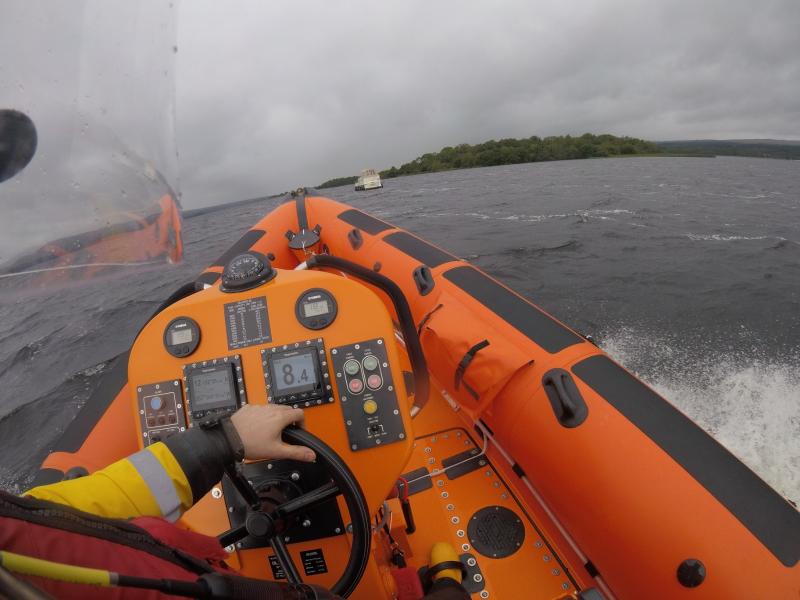 Lough Derg RNLI was called out this Monday to assist two people whose cruiser had suffered engine failure close to Mountshannon.

At 12.43pm the Atlantic 85 lifeboat Jean Spier was launched with volunteer crew Lian Knight, Stephen Smyth and helm Owen Cavanagh onboard. Winds were south westerly, force 4/5 and visibility was poor.

The lifeboat was on scene within minutes and crew assessed the situation. Two crew members transferred to the casualty vessel and established that the people on board were safe and well and were wearing lifejackets. They had dropped anchor and were in no immediate danger.

The crew members checked the cruiser for any damage before setting up an astern tow. The lifeboat brought the vessel to Mountshannon where they transferred to an alongside tow to transport the cruiser into the harbour safely. The casualty vessel was tied up alongside at 1.30pm.

"Before setting out on the lake, make sure your boat is serviced and has sufficient fuel for your journey. If you get into difficulty, call 999 or 112 and ask for the Coast Guard," said Liam Maloney, lifeboat operations manager.