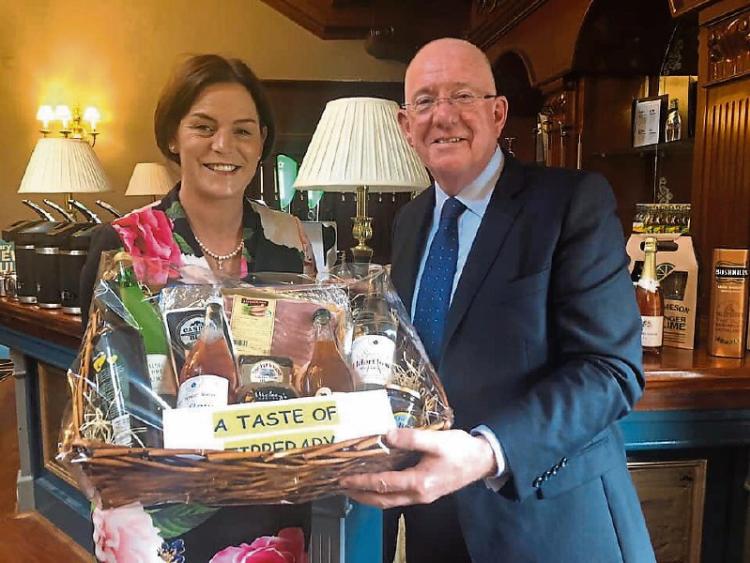 Minister for Justice Charlie Flanagan spoke in strong support of Mary Newman Julian at a fundraising event in Roscrea on Friday, September 6.

“I see in Mary a real opportunity for Fine Gael to reclaim a seat in Tipperary in the next general election. She is a hard worker, and would be a great addition to the next Dáil,” he said.

“She is centrally poised in the constituency to represent Tipperary and her family is steeped in the party tradition going back many decades,” he added. The event drew a large crowd, among them Cllr Ger Darcy, former Councillor Denis Ryan and Kate O’Connell TD.

Minister Flanagan also delivered a robust promotion of the new policing plan, calling it “a modern response by Gardaí to modern criminal behaviours”. “There’s no point in having a Garda in a back room of a rural Garda station doing paperwork for a firearms license - if a car is speeding through the roads with an armed gang in balaclavas in it,” he said.

Mr Flanagan also encouraged people to continue to trust the approach the government has taken throughout the Brexit process, saying that while everyone was tired of hearing about it, it was not a matter either caused or designed by the Irish government.

Mary Newman Julian called for equality and fair treatment of beef farmers currently engaged in the protests and said:

“People say that beef farming is unsustainable, but it’s not unsustainable for the processors, or for the retailers - only for the farmers, and that is fundamentally unfair on the beef farmers and their families up and down the country”, she said.

She continued her defence of Irish farmers and agriculture by saying:

“The amount of water it takes to grow just one avocado - and then the labour and transport costs it takes to get it into the shops here is far more damaging to the environment than our considered and environmentally conscious approach to farming”.

Minister Flanagan also warned of the complexities around the security implications of a hard Brexit, particularly in the areas of information sharing, extradition and peace.