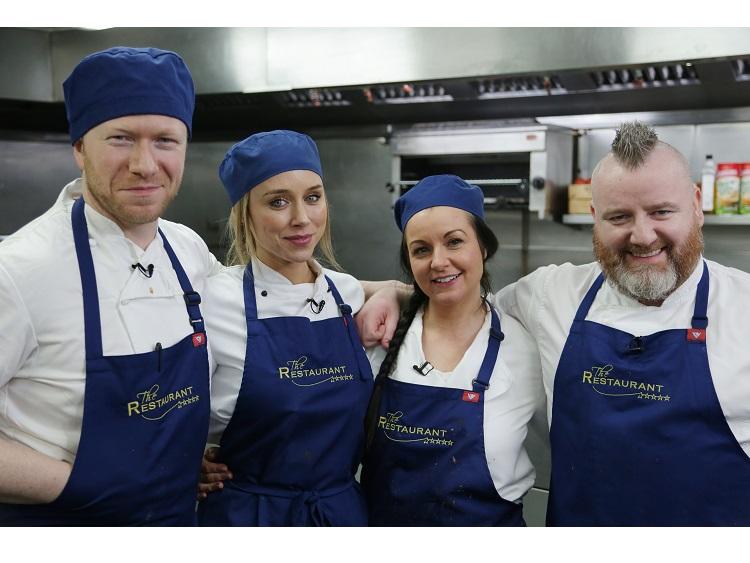 Una Healy is pictured with chefs from the show: Stephen McAllister, Louise Lennox and Gary O’Hanlon

First up in episode one is singer, songwriter and radio presenter Una Healy whose menu is inspired by her childhood memories of growing up in County Tipperary.

For starters, Una, made a roasted tomato soup with spinach filled Ravioli. The starter took a lot of effort to make, but sadly did not impress our critics. The second starter was Crab Claws in Garlic Butter served with a Porridge Bread. 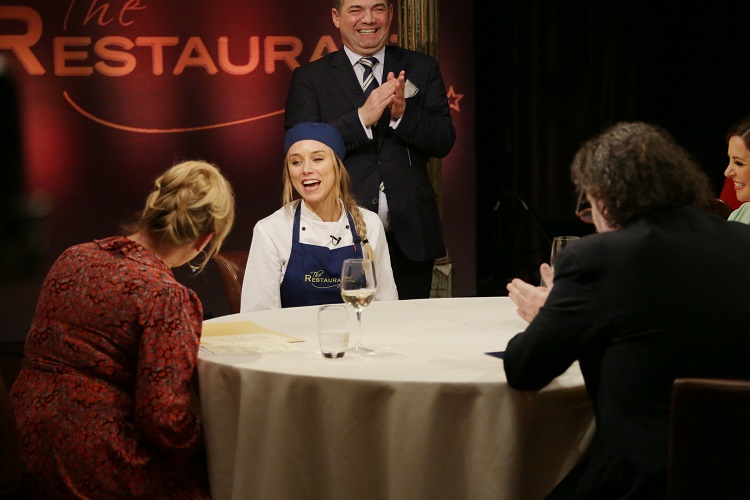 For mains, it was Rib-eye Steak with Peppercorn Sauce & Spice Bag Chips. While most diners rejoiced at being served Spice Bag Chips, the Critic’s Table was unimpressed, with one diner commenting on how ‘brave’ it is to serve the takeaway inspired dish to Michelin Starred Chef, Marco Pierre White, who chose not to taste the dish and said,“Let a celebrity loose in the kitchen and anything can happen!"

The second main was Pan-Fried Cod with Brown Butter Shrimps and Champ which won over the dining room. It was also Una’s Confirmation Day dish.

For deserts, Una served a Tipp-Top of the Pops Sundae, a playful clue, on the chart-topping girl group The Saturdays. Sadly, the playful dessert did not do much to help Una’s star rating.

Will the critics be singing along with our Head Chef Una Healy? Tune in to Virgin Media One Thursday night at 9pm to find out.

The Restaurant is proudly sponsored by O’Donnells Crisps