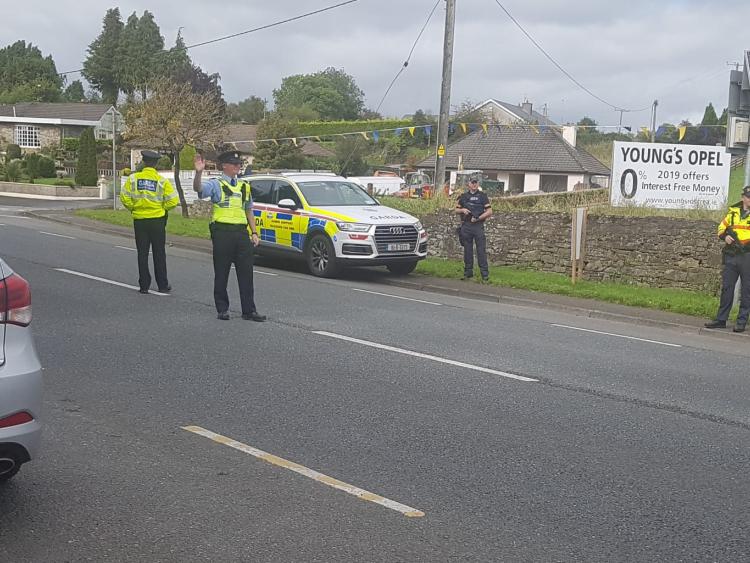 Operation Thor: gardaí mount a checkpoint outside Roscrea this week

Gardai arrested a number of people in relation to drug and property crime during an Operation Thor operation around the Roscrea area this week.

The gardaí, supported by the Armed Support Unit, divisional units and Customs and Excise, conducted a number of operations on September 11 and 12,  culminating in the arrest of a number of suspects for property and drug crime.

The gardaí were carrying out a number of searches for drugs, firearms and stolen property.

The searches were supported by Customs and Excise, while the Garda roads policing operation was supported by the Armed Support Unit along with local gardai and divisional units.

Insp Ailish Myles, Roscrea, said that the force wanted to reassure the public in Roscrea that the Gardaí are committed to crime prevention in the Roscrea area.