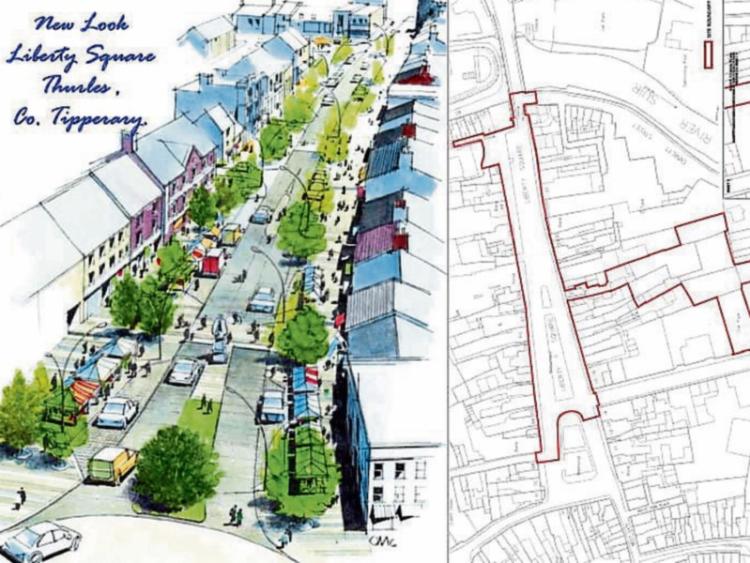 The long-awaited refurbishment of Thurles’ Liberty Square will commence in November this year, heard Councillors at this month’s Thurles Templemore municipal district meeting.

In response to a question by Cllr Jim Ryan, senior engineer Thomas Duffy said the Liberty Square refurbishment works would finally commence this autumn and winter.

Tenders were put in on September 5 and a contractor will be appointed in mid-October.

The contractor will start work on the car park at the end of October or early November and it’s expected they will be finished by March or April next year.

February of 2020 will then see the start of refurbishments on Liberty Square itself, with road re-alignments, new street furniture and a revised traffic management scheme expected to breath new life into the heart of the Cathedral town.

It had been anticipated that works would commence by this August.

All Councillors welcomed the news. Cllr Seamus Hanafin said there was an “impatience around town” at how long it was taking to get done.

Cllr Hanafin called for minimal disruption while construction works went on, and said some way should be found to connect Liberty Square to the new developments at Lidl on the Slievenamon road.

He suggested a new lighting scheme to link the two projects so as to create a “continuous flow” from the Dunnes Stores Shopping Centre roundabout into the Square.

Cllr Michéal Lowry said it was welcome news, but warned that a “quite substantial amount of material” would have to be removed from the Square and then brought back in. The public will have to be kept informed, he said. “If it's flagged in time, it will minimise disruption.” The project will be “hugely beneficial to the town.”