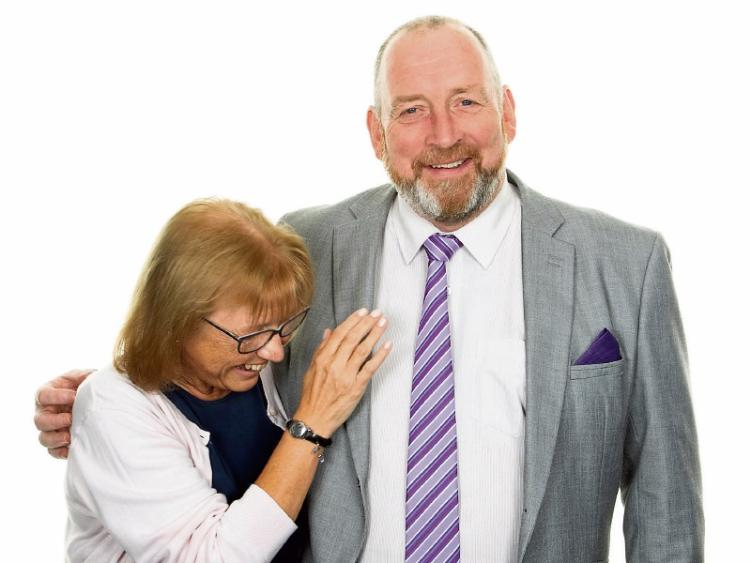 Kathy Ryan and Kevin Quaid, who were respectively appointed chair and vice chair of the Irish Dementia Working Group

Inspirational Cashel woman and Dementia advocate Kathy Ryan has been voted in as new chairperson of the Irish Dementia Working Group (IDWG).

The group held their first national meeting at the Ashling Hotel recently in Dublin to mark World Alzheimer’s Month 2019 to encourage other people living with dementia to have their voice heard and work towards upholding the human rights of people with this condition.

The IDWG is a national advocacy group which is supported by The Alzheimer Society of Ireland, which gives voice to the lived experience of dementia and has over 25 active members all of whom have a diagnosis of some form of dementia. Members range in age from 40 to 79 and are from all corners of the country.

A new steering committee has also been voted in with the new members including Jacinta Dixon (Dublin), Sean Mackel (Kildare) and Marguerite Keating (Tipperary) and as IDWG Steering Group members.

Kathy Ryan was diagnosed with Younger Onset Alzheimer's in January 2014 at the age of 53 and is a mother to two boys and lives in Cashel, Co Tipperary.

Kathy got involved in advocacy work because she wants to break down the stigma of dementia and this September will be taking part in the ASI’s Camino Adventure fundraiser after successfully completing it last year.

Kathy is vice-chair of the Irish Dementia Working Group supported by The ASI.

“I am honoured and humbled to have been voted in as the new chair of the IDWG by my colleagues and friends,” said Kathy.

“I promise to work hard on behalf of everyone who has dementia and will give this role everything for the coming two years in office. I am especially looking forward to working with Kevin and also the new steering group.

The IDWG is a unique group of pioneers and innovators – 10 years ago nobody living with dementia in Ireland was speaking publicly and in less than a decade, with the support of The Alzheimer Society of Ireland, we have changed that. Ireland is an international leader in Dementia Voice. I am really looking forward to the coming two years.”