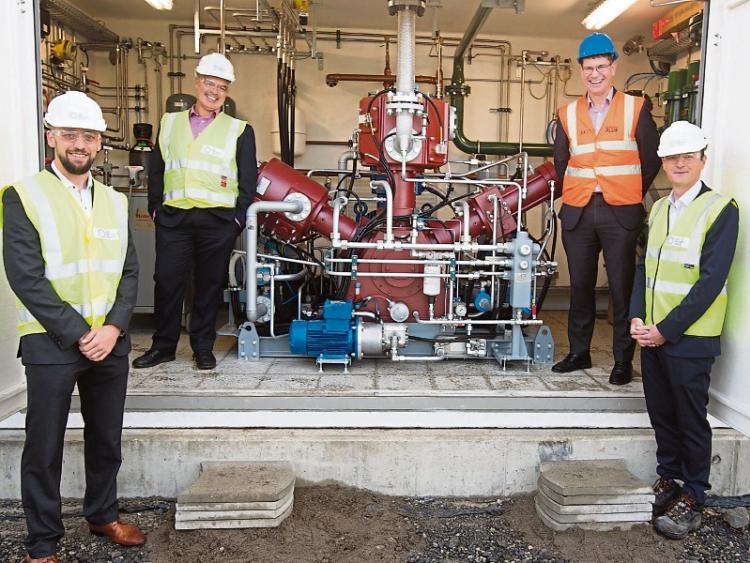 Construction got underway in July and the CNG station is expected to be open in November.

The project is co-financed by Gas Networks Ireland and the European Union’s Connecting Europe Facility as part of Gas Network Ireland’s Causeway Project.

CNG is natural gas which has been compressed to fit into a Natural Gas Vehicle’s (NGV) tank and is particularly suitable for use in commercial vehicles.

It is a proven alternative to diesel or petrol and reduces transport costs by up to 25% and carbon emissions by over a fifth.

In the future, these vehicles can achieve zero carbon transport when operating on renewable gas.

While heavy goods vehicles (HGV) and buses account for only 4% of vehicles on Ireland’s roads, they account for 30% of all emissions in the road transport sector.

There are an estimated 25 million NGVs in operation worldwide, and almost two million in Europe.

Ian O’Flynn, Head of Commercial and Corporate Affairs at Gas Networks Ireland said: “Ireland’s transport emissions continue to rise, while this is the by-product of much welcomed economic and employment growth, as a country we face significant challenges to meet our emission reduction targets.

Gas Networks Ireland is leading the development of this new, cleaner transport network, to support Ireland in reducing its carbon emissions and to give Ireland’s fleet operators sustainable energy options.”

Jonathan Diver, Senior Fuels Director, Circle K Ireland said “We are proud to be launching Ireland’s second publicly accessible fast-fill compressed natural gas station at Circle K Cashel, through our partnership with Gas Networks Ireland. At Circle K we’re delighted to play a role in reducing the carbon emissions of commercial transport vehicles. We are constantly striving to make our customer’s lives easier every day and it’s brilliant to be able to offer a cost-effective fuel alternative to commercial fleet drivers in Ireland. We’re very much looking forward to rolling out more CNG stations nationwide on key transport routes in the future, alongside Gas Networks Ireland.”