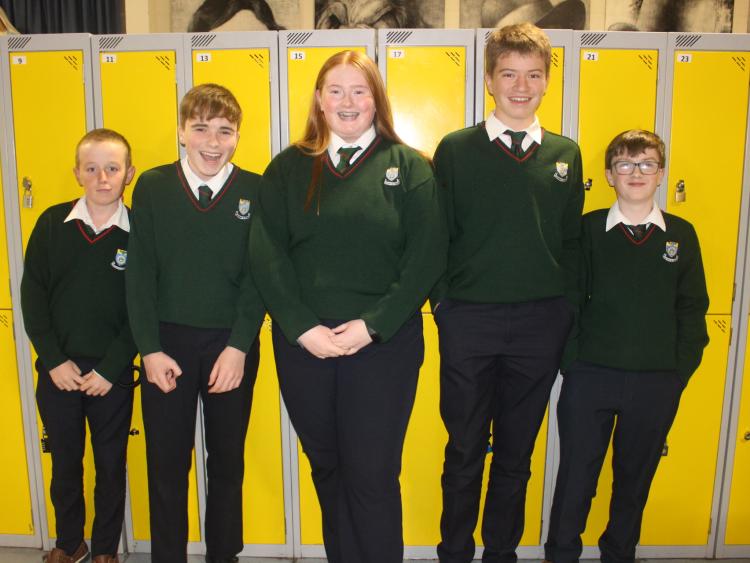 On Tuesday last the Cashel Community School (CCS) U16.5 hurling team had a terrific victory over Scoil Trionoide Naofa, Doon, in the first round of the Munster championship in Dundrum.

This was a heart stopping encounter with thrills and spills all the way through with Cashel emerging with a four-point victory on a score line of 2.10 to 1.9.

Cashel started with a slight breeze in the first half and indeed had most of the play. JP Anglim and Ronan Connolly were causing trouble for the Doon backs, indeed JP was most unlucky not have a goal after a cracking shot hit the inside of the post. The game was nip and tuck until Ronan Connolly scored a goal just before half time to give Cashel a slender lead of 3 points.

The second half was an exciting affair with Doon thundering into the game. Cashel were on the defensive but used the ball very well to set up attacks. Ben Currivan had an outstanding game covering in front of his full back line and Cathal Quinn was making thunderous runs through Doon’s defence.

With ten minutes left Cashel had a two point lead when JP got a ball on the 45 and powered through for a great goal to give Cashel some breathing space.

Last Wednesday the CCS senior basketball team traveled to the Presentation School, Thurles in the first round of the Munster League and came away with a great victory.

Cashel were under the cosh for most of the game against a very impressive Thurles team and were ten points down at half time. However a stirring third quarter, where great scores by Abbie Gilmartin and Aoibhe Gayson Molloy, meant Cashel drew level and eventually took the league which they held on to the finish. Final scoreline was 30-17 to Cashel. Team: Audible Gayson Molloy, Abbie Gilmartin, Elma Casey, Ruby Quinn, Claire Ryan, Ella O'Dwyer, Orla Maher and Grace Moloney.

Last Thursday Cashel Community School’s Senior Ladies Football team faced St. Mary’s of Middleton in Rathcormac, Co Cork. Cashel were missing many players due to illness but were still able to fill a team. St. Mary’s started off very strong and it took Cashel a while to settle into the game, this was key to Cashel’s downfall.

A very strong performance from Cashel’s full-back Meabh Elle Ryan, some excellent saves from our keeper Caoilinn Casey and scores from Aoibhe Molloy, Anna Fahie, Fiona McEniry and Grace Maloney helped Cashel to stay in the game but in the end St. Mary’s were the better side.