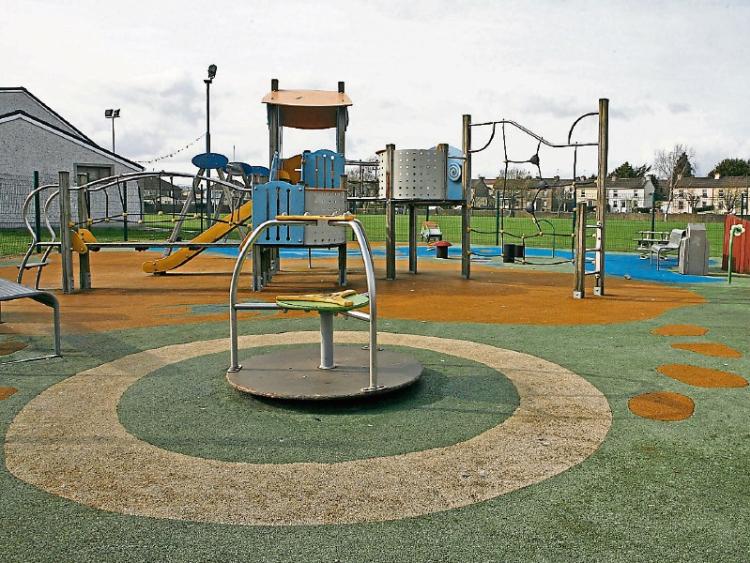 The playground at Fairgreen, Carrick-on-Suir

Tipperary Co. Council has been called upon to give Carrick-on-Suir's tired looking playground a facelift.

Carrick-on-Suir Cllr Kieran Bourke appealed to the Council to allocate funding to carry out repairs to damaged equipment and remove graffiti from the town centre playground located at Fairgreen.

He issued the call at a recent monthly meeting of Carrick-on-Suir Municipal District's councillors at Carrick Town Hall.

The Fianna Fail councillor said he had been trying to get much needed maintenance work carried out on the playground for the past three years but there didn't seem to be any funding available to carry out repairs.

"This playground is widely used seven days a week by children and their parents," he pointed out.

Carrick-on-Suir Municipal District Engineer Willie Corby promised to come back to Cllr Bourke in relation to his request. He said the Fairgreen playground hasn't been subjected to as much vandalism as in previous years but he accepted ti was "looking tired".