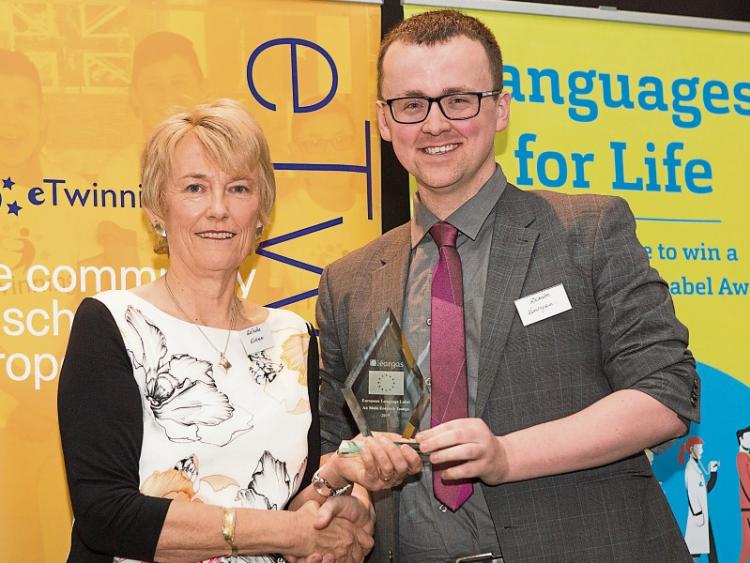 The project utilises virtual reality to create a shared learning experience with pupils at a twinned school in France.

Using special cameras to record 360° content from their respective home countries, pupils can then share their lived experience with pupils at the twinned school, communicating what they observe in the  language they are learning.

Comeragh College was one of nine award recipients at the ELL Awards, which is an EU initiative that celebrates  the most creative and inspiring communities, organisations and volunteers at the forefront of language teaching, learning and promotion.

In Ireland, the European Language Label is managed by Léargas the national agency for Erasmus+ in adult education, schools, vocational education and training services, and the youth sector.

The awards were presented by Dr Déirdre Kirwan, a European Ambassador for Languages and former principal of  Scoil Bhríde (Cailíní) in Blanchardstown, Dublin.

The ceremony was attended by 75 students, educators and volunteers.