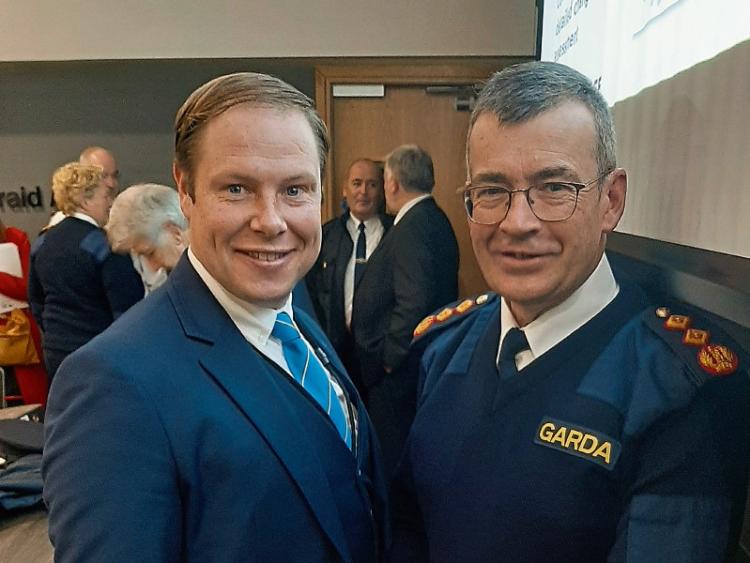 The entire population of Roscrea with more than 6,000 people is served by just nine gardaí, Cllr Shane Lee has said.

Cllr Lee was speaking at the joint policing committee held in Thurles on Friday, at which Garda Commissioner Drew Harris was questioned about his plans for the county.

Cllr Lee said that Roscrea garda station has 15 serving gardaí “on paper” but when you factor in court days, sick leave, and training days, the real number is about nine. “It’s simply appalling to think that the people of Roscrea have to live with this situation,” he said.

About three weeks ago, there was a major feud in the town on a Wednesday morning, and yet as recent as last Friday week, there were no gardaí available in Roscrea from 9am to 5pm.

“This is not providing a service for the people of Roscrea and surrounding areas,” he told the Commissioner. “Roscrea always seems to be an easy target when it comes to crime. You talk about protecting the public. I am calling on you to protect your staff in Roscrea with the circumstances they have to deal with.”

Cllr Lee said a garda recently had to leave the station to attend a scene, and “ended up being hurt, and is now out on leave.” Roscrea is “gasping for help” - with a busy motorway and a busy supermarket nearby, the garda station still remains closed during certain hours in the early part of the day, despite being a 24-hour station.

Cllr Lee pleaded with the Garda Commissioner to “please, please, keep Roscrea on the top of your agenda.” “The gardaí of Roscrea and the people of Roscrea deserve a lot more than what they have received to date.”

Cllr Lee later added, “following on from my ongoing talks with Chief Superintendent Derek Smart I got the commitment that we will be getting two more additional staff with another one already added that will be three in total.

“I also got the commitment that Roscrea is top priority for the chief for extra resources, I do understand that three new guards is only a drop in the ocean but it's a positive step in the right direction that will be a working progress.”