Drink-fuelled incident was ‘brutal and appalling’ 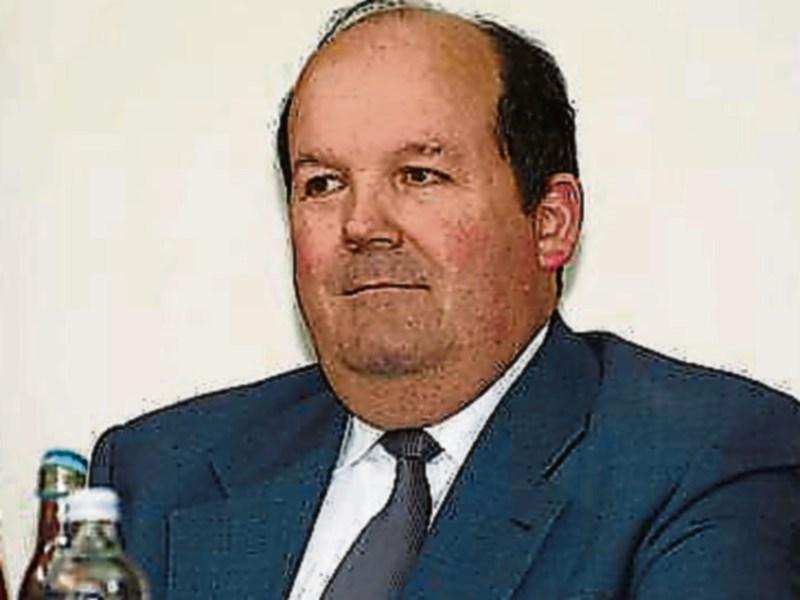 A 49-year-old man who assaulted a woman he had previously met through a dating website has been jailed for nine months by Nenagh Court.

Sergei Torgashov, with an address at 7 White Walls Drive, Nenagh, pleaded not guilty to assaulting Aiga Dinka at Radharc Dearg, Nenagh, on September 9, 2018.

He pleaded that her injuries had been caused by her two-year-old son.

Ms Dinka told the court that they had been drinking at her mother’s house that day.

“I had a few drinks but Sergei was drinking quite a lot,” she said.

Ms Dinka said that she and the defendant returned to her house in Radharc Dearg and Mr Torgashov grabbed her and pushed her over.

She asked him to leave but he was shouting and abusive towards her.

She said that her son woke up and she had him in her arms.

“Sergei followed me into the kitchen and punched me and started choking me. Eventually I couldn’t say anything. I feared for my life and for my son’s life,” she said.

Mr Torgashov went to leave and as he was getting ready, Ms Dinka said that she went passed him and ran to a friend’s house and she called the gardaí.

Ms Dinka said that she suffered neck pain and had injuries to her cheek and right eye.

Under cross-examination by solicitor Conor Delaney, for Mr Torgashov, Ms Dinka said she she had three of four whisky cocktails at her mother’s house and another back at her house.

“I didn’t drink them quickly. I was ok,” she said.

Ms Dinka said that Mr Torgashov had got angry when she said she didn’t want to kiss him.

Mr Delaney put it to her that Mr Torgashov had put his hand on her because she was slapping her child. She denied she slapped her child.

She said that the defendant had texted her the following day because he couldn’t recall what had happened due to the amount of drink he had consumed.

Garda Ronan Walsh said he went to the scene and found Ms Dinka to be very upset with obvious marks to her right eye and neck.

“It looked like somebody had been choking her,” he said.

Garda Walsh said that on his way out of the housing estate he observed a man who matched the description of Ms Dinka’s alleged attacker.

“I approached him and looked for identification. He became abusive. He was incoherent and told me to f*** off,” said Garda Walsh.

He arrested Mr Torgashov under the Pubic Order Act.

Mr Torgashov later made a caution statement, which Garda Walsh read to the court.

In it, Mr Torgashov said he was separated and had two children and two grandchildren. He said he and Ms Dinka had been friends.

“We were at her mother’s house and we went to her apartment. She didn’t want me to leave and she got angry. She slapped her child and I grabbed her by her hand but she said she would put me in jail,” he said.

“She was so drunk I thought she would fall down with her child in her hands,” said Mr Torgashov.

Mr Torgashov admitted he was “quite drunk” and had consumed a bottle of whisky, which he had shared with others.

“She wanted me to stay but I wanted to leave because I have a dog and wanted to look after him,” he said.

Mr Torgashov said he had met Ms Dinka previously through a dating website but he never had any romantic interest in her.

“She is young enough to be my daughter. There were no kisses, no nothing,” he said.

Mr Torgashov also said that Ms Dinka had wanted to be seen with him because she was “on the social and drove a crappy car”.

In his evidence to the court, Mr Torgashov said that he had not punched Ms Dinka nor had he tried to strangle her.

“I only stopped her beating her child. The child did that to her,” he said.

He denied he tried to kiss Ms Dinka or became aggressive towards her.

Judge Flann Brennan convicted Mr Torgashov saying: “I have no doubt the accused committed the offence. He was completely intoxicated and his behaviour was appalling.”

Judge Brennan described the incident as a “brutal and appalling assault” by a man who was “extremely drunk”.

In her victim personal statement to the court, Ms Dinka said that her son was “very scared” after the incident. “This affected him and me. I was nervous to see him anywhere around. I’m depressed about it.”

He took charges of being intoxicated in public and threatening, abusive and insulting behaviour on the same date into consideration.