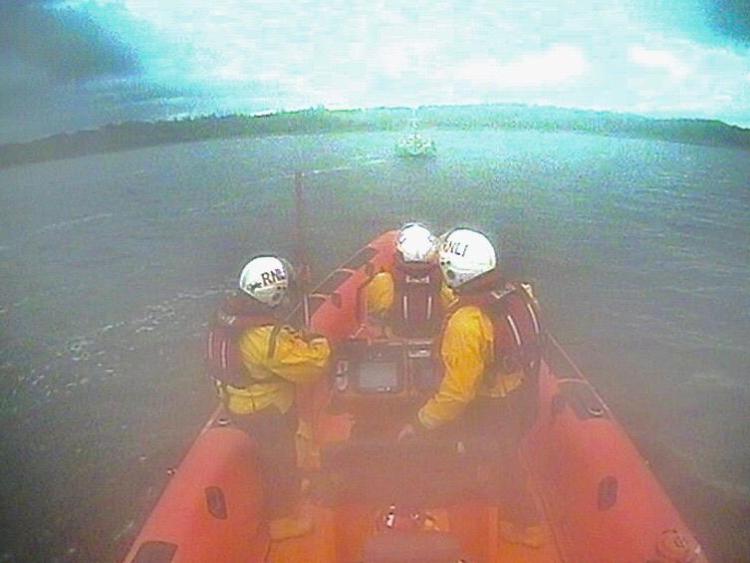 Volunteer crew with helm, Owen Cavanagh, Eleanor Hooker and Keith Brennan, launched the inshore lifeboat and upon arriving on scene, a crew member transferred to the casualty vessel and established that both people onboard were wearing their lifejackets and were in no immediate danger.

However, the boat had suffered damage to the rudder and the steering was not working.

The lifeboat crew set up an astern tow and took the boat from the rocks and into safe waters. They then proceeded to Kilgarvan Quay where an alongside tow was used to safely bring the casualty vessel in to the harbour.

Owen Cavanagh, volunteer helm at Lough Derg RNLI said: ‘Before heading out on the lake, we advise people to familiarize themselves with the correct charts and pay close attention to the markers. Ensure everyone onboard knows how to call for help. If you find yourself in trouble, call 999 or 112 and ask for the coastguard.’