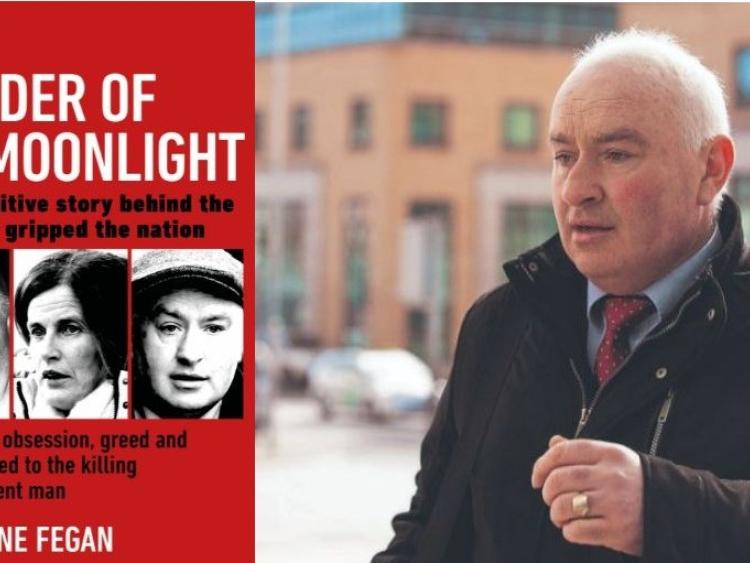 On January 23, 2019, the first media reports covering the murder trial of Cashel father of two Bobby Ryan were released and immediately the nations eyes were firmly fixed on the proceedings at the Central Criminal Court. More than 180km away, the media glare also fell on the quiet surroundings of Fawnagowan, outside Tipperary town.

The case would go on to become the longest running murder trial in the history of the state, finally coming to a close nearly three months later, concluding with the conviction of 50 year old Patrick Quirke for the murder of his former love rival.

Throughout the entire 13 weeks, journalist Catherine Fegan was a constant presence in the press area, fastidiously taking notes to file copy on behalf of national newspaper the Irish Daily Mail where she works as their chief correspondent.

Fegan, a seasoned court reporter who has covered some of the country's biggest trials including the Graham Dwyer case and Jason Corbett’s murder trial, was well used to holding fort in the press area of court rooms, however few could predict the level of interest and intrigue that truly lay ahead.

In all Fegan filled upwards of 60 notebooks over the course of the trial, going on to form the basis of her first book - The Murder of Mr Moonlight - a detailed and meticulous account of a story that gripped the nation.

Limited in what she could report by the stringent rules of court reporting, Fegan says she felt from the outset there was a much bigger story.

“I've covered a lot of cases that pique the public's interest, and this was that case this year.”

“Beyond the court room, I felt there was more to tell,” she explains.

On her days off from the court press bench, Fegan headed down the country to “knock on doors” at the very places she would have heard about in detail just days earlier.

Initially she found locals were unwilling to talk but she says they were always “very nice, polite.”

However as the weeks and then months gradually passed by and through a combination of her countless spins down the M7, Fegan eventually found an audience willing to listen, and later, eager to share.

“Some people were very open with me,” she insists.

Despite the extraordinary elements in the case, the book goes far deeper than just recounting the various twists and turns of a murder trial. Instead the book delves into the impact the entire case had on countless families across several close knit communities in Tipperary.

Throughout the writing process, Fegan says she was also cognisant of the grief that touched countless families and the ripple effect Patrick Quirke’s actions had on those around him.

Along with her detailed court notes, Feegan conducted exhaustive research and interviews with ‘extremely close friends’ of Bobby Ryan, Mary Lowry and Patrick Quirke. Fegan said she approached the Ryan family about the book who gave their blessing.

Mary Lowry was also contacted however the author says she ‘politely declined’ to give any interviews. Many of those who agreed to speak with the author did so only under an agreement of anonymity

Fegan also says she feels it was important that the book was written by a woman and according to the author, she believes many people will identify with the issues it raises and the “tactics” used by Patrick Quirke “to try to control Mary Lowry.”

The 292 page book is also a chronological examination of the case over a ten year period and Fegan credits the work of An Garda Siochana and their methods in building a case based on entirely circumstantial evidence.

She explains in great detail how the prosecution built the case week by week, “layer by layer” in the court room and cites the evidence given by AI technician Breda O Dwyer who was able to disrupt Quirke’s alibi as being particularly “powerful.”

There are also a number of first time ‘reveals’ contained throughout the book including revelations that in the days after Bobby’s disappearance, a psychic told Mary that Bobby had been ‘struck from behind’ and had been killed.

The book also reveals how Quirke turned up at a search for Bobby and asked volunteers, ‘Any sign?’ as well as a garda search through ‘thousands of tonnes of sand’ in a nearby quarry after a sniffer dog detected ‘the scent of death.’

Fegan also reveals how gardai believe that secret surveillance in the farm alerted Quirke to the fact that Bobby was staying at Fawnagowan the night before he was murdered. The book also reveals how Bobby Ryan had threatened to tell Quirke’s wife about his affair if he didn't leave Mary Lowry alone.

Ultimately Fegan says she hopes she did Bobby’s story justice.

“Bobby Ryan really was collateral damage. He couldn’t be more of an innocent victim,” she says.

The Murder of Mr Moonlight: The Definitive Story Behind the Trial that Gripped the Nation by Catherine Fegan is published by Penguin Ireland.