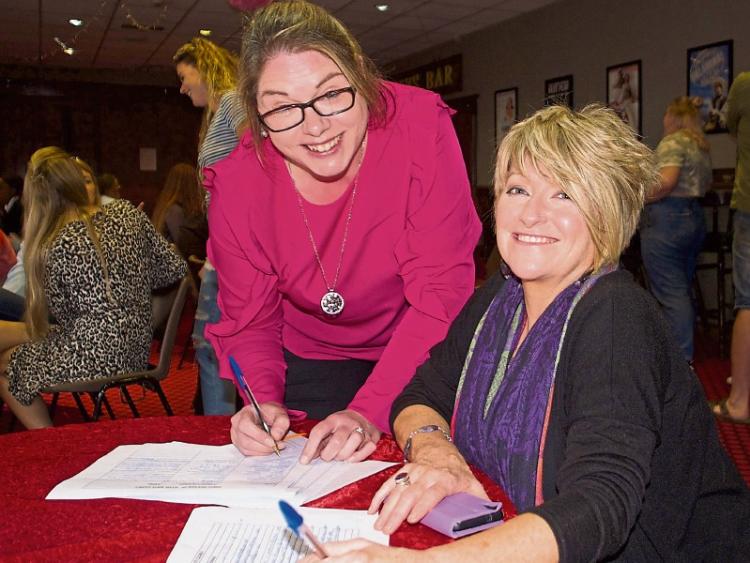 Attending the recent launch night for Oklahamo at the Strand Theatre were Michelle O'Sullivan and AIMS award winning actress Irene Malone, who will play Aunt Eller in show

Carrick-on-Suir Musical Society has announced its leading cast members for its next annual show - the classic musical Oklahoma.

The Rodgers & Hammerstein hit show will be staged at the Strand Theatre from February 29 to March 7, 2010.