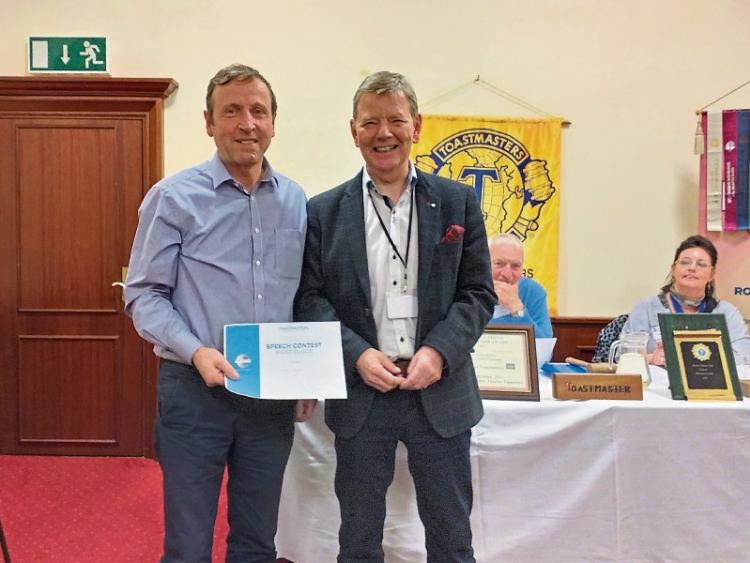 Our president, Sheila Shanahan welcomed all members and guests.

The meeting consisted of the club’s humorous speech and table topics contests.

Contest chairperson and topicsmaster for the night was Jim Cummins who had a very entertaining range of topics with lots of contributions from members.

Well done to all who participated in the humorous speech and table topics contests, they were terrific.

A special word of congratulations to Larry Lyons who won the humorous speech contest and Una Mooney who won the table topics contest.

Both of them will go on to represent the club in the area contest final which will be held in the Castletroy Park Hotelin Limerick on November 15 next.

The benefits of being part of this great club include: gaining skills in public speaking, leadership, listening, confidence building and increasing one’s ability to motivate, persuade and inspire others.

The next gathering will be held on Thursday, November 14, in the Racket Hall Hotel, Roscrea, at 8pm. All are welcome.