Sale and supply of drugs 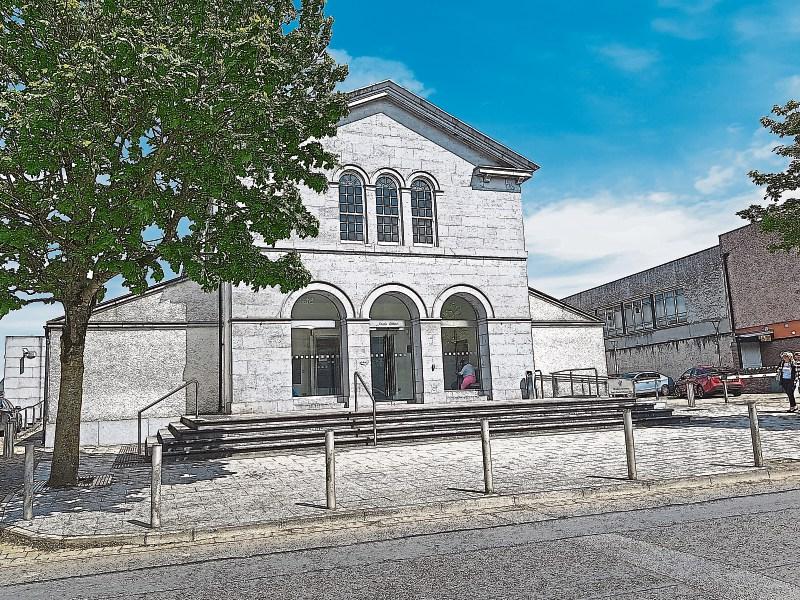 A Thurles heroin addict who shared heroin he bought in Dublin with his friends, was found guilty of unlawful possession of drugs for the purpose of sale and supply at Thurles district court.

Gary Ryan, of Ashill, Horse and Jockey, Thurles, was also found guilty of multiple counts of unlawful possession of drugs on other dates, while a charge of Mr Ryan having a blade or sharply pointed weapon in a public place was dismissed.

The vehicle was locked and, during the incident, Mr Ryan had to be restrained.

Mr Ryan was removed from the car and there was a “strong smell of suspected cannabis herb in the vehicle,” said Inspector Des Bell.

“I said to him I believed he was in possession of a controlled substance,” said Garda O’Donovan.

A search under the Misuse of Drugs Act recovered a “small quantity of cannabis resin” and a number of assorted items.

‘Walking Stick’ had blade inside

Later, Mr Ryan requested a garda to recover a “walking stick” from the car, while the car was in storage at F&M Motors in Thurles. On October 15, a garda went to F&M Motors and removed the stick, which was hollow.

On closer inspection, the item was “a sword, not a walking stick,” said Garda O’Donovan.

Solicitor David Doyle told the court that Mr Ryan maintained that the sword is a family heirloom that originally belonged to his great grandfather. There was a ‘clasp’ which had to be undone to remove the sharp blade part of the item, said Mr Doyle. “There is no evidence this item was in a public place. It was in a narrow laneway.” There was no “illegal intent.”

Mr Ryan told the court the sword came into his possession after a number of his relatives had passed away.

It was found after his mother’s partner’s house was cleared out. “It’s in the family. I would not want to lose it,” he said. Insp Bell put it to Mr Ryan he had no documents to prove it was an antique. “Can you see how this would look?” he asked Mr Ryan.

Insp Bell maintained that an item “of serious value” would not have been put at the driver’s seat of a car, but stored securely away.

Judge MacGrath said she noted that Mr Ryan accepted it was a blade. However, considering the “totality of the evidence”, and that Mr Ryan drew attention to the item with a garda, “it would appear to me” that there was “clearly no intent” to harm involved. Judge MacGrath dismissed the charge of possession of a blade or sharply pointed weapon.

Mr Ryan was charged with having no insurance at Galbertstown Lower, Thurles, on February 20, 2018, and failing to appear at Thurles district court on February 7, 2018. He was further charged with driving a vehicle while under the influence of an intoxicant, and with driving without a driving licence, at Forest, Templemore, on December 30, 2017.

Garda Mark Cullinane said he was on patrol in Mathew Avenue, Thurles, on July 23 last year with a local drugs unit, when he observed a male he knew to be Gary Ryan. Mr Ryan was with a female friend. The two were “acting suspiciously” and Mr Ryan had a “nervous disposition”. Mr Ryan was searched under the Misuse of Drugs Act and Garda Jennifer Skelly searched the female.

“I found a number of items in his pockets,” said garda Cullinane. The items included tinfoil for preparing diamorphine. Mr Ryan was taken to Thurles garda station. He was escorted to the doctor’s room. “I asked him to open his mouth. I saw something concealed,” said the garda.

Mr Ryan told the court he would travel to Dublin to buy the drugs. Typically, he would pay for six or seven “good ones” (bags) at a time, costing about €20 each. He would smoke before getting on the train to Dublin, at the Riverwalk in Thurles. His girlfriend is on a methadone programme.

Insp Bell put it to Mr Ryan he had too much drugs for personal use. “You shared it with friends. Would you charge them,” he asked. Mr Ryan responded: “No, I do not charge them. They would only last a few days anyway.”

The heroin found in Mr Ryan’s possession weighed about 2.923 grams. Garda guidelines estimated that quantity to have a street value of €410. Garda Cullinane said it was his expert opinion that “if someone were to consume all that heroin in one go, it would be fatal. I do not accept it was for personal use.”

Solicitor David Doyle said Mr Ryan is known as a “habitual drug user. He says he has been using heroin for the best part of 10 years. His addiction is chronic. He used to travel to Dublin regularly to buy heroin.” Mr Doyle said that Mr Ryan’s habit was such that that quantity of heroin “would only last three or four days.”

It was enough for about 15 deals, which would take Mr Ryan about four days to consume.

He was such a chronic addict that he could have used this amount for personal use over several days, maintained Mr Doyle. “Quite possibly,” said garda Cullinane. Mr Doyle said it would be cheaper for Mr Ryan to buy several bags at a time.

His habit is “not to be condoned. He has several previous convictions for drugs, but not for sale and supply,” said Mr Doyle.

Insp Bell put it to Mr Ryan that his outgoing expenditure exceeded his income, and that he made up the difference by selling drugs. “You are a drug dealer, and your costs do not add up,” he said to Mr Ryan. “I am living at home,” replied Mr Ryan.

Judge Elizabeth MacGrath said Mr Ryan did clearly acknowledge that he shared the heroin with another person. “That does come under the supply of drugs,” said the judge. The drugs were not for “immediate personal use.” Judge MacGrath said she found the facts proven.

Mr Doyle said Mr Ryan has a “poor record” but he did plead guilty to all matters, except the weapons charge.

“He has a very serious drug addiction. His first offence was back in 2000, about 20 years ago. Heroin is his biggest problem for the last 10 years. He is engaging in treatment. He has been off heroin, he has been using cannabis.” Mr Ryan has been on a methadone program while in Limerick prison, added Mr Doyle. Mr Ryan, 38, has one child.

Judge MacGrath said she noted Mr Ryan was endeavoring to overcome his addiction. Mr Ryan was remanded in custody to complete a pre-sentencing probation report by December 3 next.