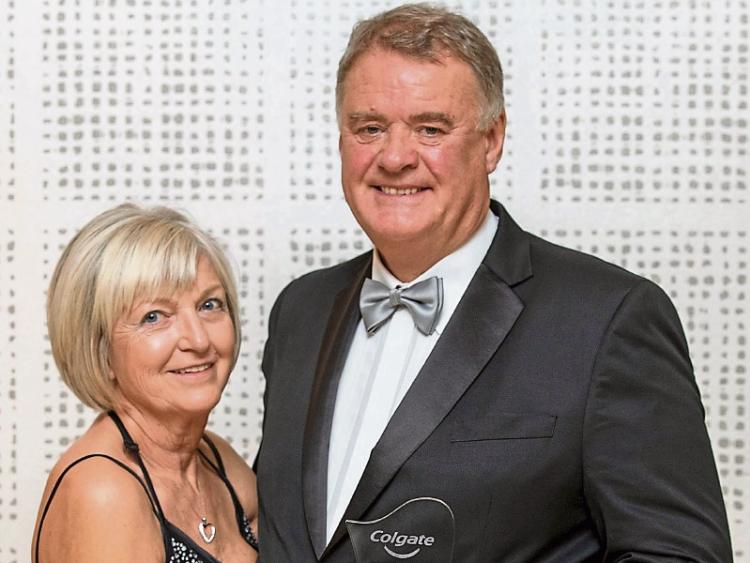 Roscrea dentist Pádraig O’Reachtagáin has been named Dentist of the Year 2019 for the compassionate treatment he provided to a woman who was injured in an incident of domestic violence.

The woman, who wishes to remain anonymous, said Dr O’Reachtagáin, not only repaired her broken tooth, he also showed her and her children a way out of a violent situation.

“Pádraig opened up his practice on a Saturday morning just to treat me at much expense to himself I am sure.

“He was caring, compassionate and also advised me on the avenues I could go down to get myself and my children into a much safer environment. I can’t express how thankful I am; he not only repaired my tooth but showed me a way to get out of a violent situation – myself and my children are now safe due to his care and understanding. He truly deserves this award.”

Nominators receive a prize if the dentist they nominate wins. In this case the woman asked that in the event of her nominee winning, the €1,500 prize money should go to Women’s Aid. Colgate who sponsor the awards, said they would match the donation.

Dr O’Reachtgáin, who has been running his family friendly Castle Street Dental Practice in the town for 30 years, said once the immediate dental issue had been addressed, the most important issue was the safety of the woman and her children.

“I’m delighted to win this award, it means a huge amount to me after almost 40 years in dentistry. But the real winner and the heroine of this story is of course the woman who nominated me and who took the courageous step to get herself and her children out of an abusive situation. If other victims of abuse are inspired by this woman’s story and see that it is possible to get out of these situations that will be a real result.”

“I worked in East London in the 80’s for 10 years very close to a refuge for battered wives, as victims of domestic violence were known then. From treating those women, I learned that domestic abuse and violence was a lot more prevalent then we all like to think. I also learned that it was an issue which while shrouded in secrecy affected women from all walks of life.”

“I suppose that experience made me more aware of domestic violence as an issue in society. And that would be the other thing. If this story makes dentists, doctors and other health professionals more aware and informed of the issue that would be a real positive.”

The President of the Irish Dental Association, Professor Leo Stassen praised Dr O’Reachtagáin for his generosity of spirit and professional dedication in treating a woman who found herself in a violent situation.

“Pádraig displayed tremendous sensitivity and understanding of the physical and emotional needs of a patient in distress. After ensuring the patient had a secure and caring environment, he went on to provide her with excellent treatment and wise counsel.” Her story will undoubtedly inspire others who find themselves in similar situations.”

In recognition of the courage shown by the woman who nominated this year’s Dentist of the Year, Colgate is delighted to match her donation and present it to Women’s Aid.