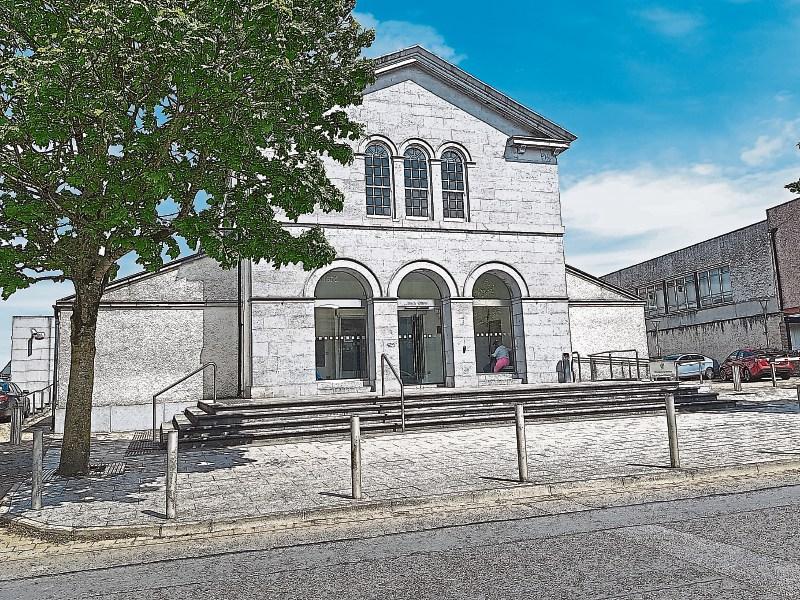 A teenager who went on a crime spree in Thurles, was ordered to undergo a probation report at Thurles district court.

Dean Quinlan, who was a juvenile at the time of some of the offences but who is now aged over 18, pleaded guilty to a litany of offences before Judge Elizabeth MacGrath.

Mr Quinlan, then of 1 Croke Street, Thurles, was arrested by a garda at Thurles railway station on March 26, 2018, said Sgt Thomas Hanrahan. Gardaí had received a report of a person refusing to get off a train. CCTV evidence was used to identify Mr Quinlan.

“He was trying to provoke a reaction to people by being highly abusive and threatening,” said Sgt Hanrahan.

Mr Quinlan was taken to Thurles garda station and charged with being threatening and abusive in a public place.

Mr Quinlan, then of 1 Cross Roads, Annacarthy, Dundrum, pleaded guilty to being threatening and abusive, and publicly intoxicated, at The Source arts centre car park in Thurles, on June 23, 2018, and with being intoxicated in public at Stradavoher Court, Thurles, on November 11, 2018. In one incident, a garda observed him “staggering” on the street, “shouting profanities” while highly intoxicated. A garda arrested Mr Quinlan, who was deemed to be a danger to himself and to others. He was subsequently released into the care of his mother, said Sgt Hanrahan.

In one incident, Mr Quinlan was observed drinking a “can” and a garda requested him to dispose of it. The garda asked Mr Quinlan how he was getting home, and Mr Quinlan told him to “eff off,” said Sgt Hanrahan.

On June 5, 2018, garda Padraig Moylan attended the Main Street of Templemore where he observed a number of males involved in an altercation. Mr Quinlan was one of the males. He was intoxicated to such an extent as to be a danger to himself and to others, said Sgt Hanrahan. Mr Quinlan subjected the garda to “abuse” and was arrested and taken to Templemore garda station.

Mr Quinlan was also charged with theft from O’Sheas Barbers in Croke Street, Thurles, on October 30, 2018, and robbery in Liberty Square, Thurles, on June 11, 2018. He pleaded guilty to taking numerous packages of sandwiches from the Circle K shop in Kickham Street, Thurles, on different dates. Mr Quinlan took four packets of sandwiches valued at €18 on October 22, 2018, and “ten minutes later,” returned to take two more packets, and a drink, valued at €9. “They were thrown to another party,” said Sgt Hanrahan.

On October 27, 2018, Mr Quinlan stole five sandwiches valued at €25 from the same Circle K, and again on October 29, 2018, he took five sandwiches worth €22.50. “He was one of a number of males who entered the shop,” said Sgt Hanrahan. “He walked out the door. He made no admissions, after being interviewed.” The incidents were captured on CCTV, and the items were not recovered.

Judge MacGrath remanded Mr Quinlan in custody to appear in court again on December 17 next, and directed Mr Quinlan to undergo a probation report.