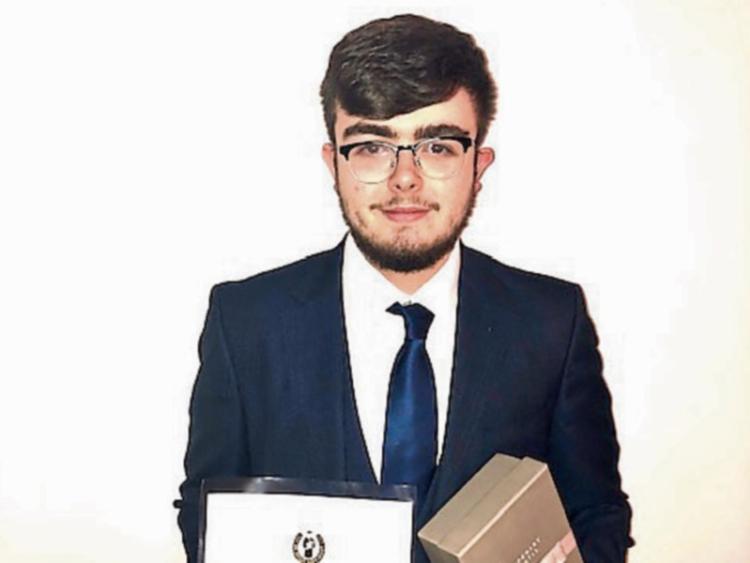 Donnacha O’Dwyer, a student from Cashel Community School has been awarded full academic support for the duration of his third level studies as part of the prestigious All-Ireland scholarships programme.

Donnacha was among 125 students from across the island to be awarded the accolade. He attended a ceremony at University Concert Hall (UCH) to mark his achievements.

Sponsored by JP McManus, the third level educational scholarship is awarded to a minimum of two highest-achieving students from each of the 32 counties. They must meet a further set of criteria, including attending a non-fee-paying school and being exempt from the Leaving Certificate fee.

This year, seven All Ireland scholarship recipients scored the maximum 625 Leaving Cert points. The most popular area of study is medicine, closely followed by engineering and science.

As a result of receiving the award - worth €750 a month to each student - Donnacha will not have to work part-time, meaning he can focus entirely on his study.

The ceremony saw students processing into UCH before receiving their bursaries from Ms O’Connor, Mr Downer and Mr McManus. Prior to this, video testimonies from previous students who won All-Ireland scholarships were played.

Mr McManus said: “to the scholarship recipients of 2019 I offer my sincere congratulations; your hard work and commitment is a testimony to your ability and ambition, and I know you will build on your success and continue to strive for excellence in your ongoing studies and future careers.”

Guest of Honour, Joe Schmidt, commended the 125 students. "Education is a hugely important part of every young person’s development in life, and it’s fantastic to be able to be here today to recognise first-hand the outstanding achievements of each and every student present. I encourage them all to keep working hard and to make the most of their opportunities," he said. Congratulating this year’s recipients, Minister for Higher Education, Mary Mitchell O’Connor TD said, "these young women and men deserve our warmest congratulations. Their schools, teachers and families can take great pride in their achievements. They have worked exceptionally hard to get this far. They have already shown the stamina and drive that I expect will be rewarded as they move forward through their studies and on into careers."

To date, 1,496 students have been awarded an All-Ireland scholarship and 905 have graduated from university. Previous guests of honour have included Irish Presidents Michael D Higgins and Mary McAleese, Bill Clinton, and sporting heroes AP McCoy, Paul O’Connell, and Martin O’Neill.