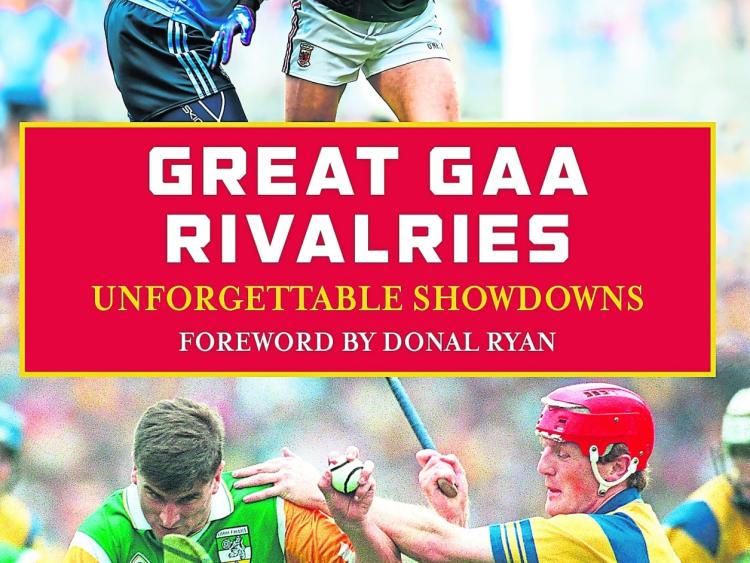 A new book on GAA rivalries recalls the famous Tipperary-Cork rivalry. The book is written by Roscommon native John Scally. For the book Scally draws on over a hundred interviews with a who’s who of Gaelic Games to explore 50 of the biggest rivalries in the history of the GAA.

Scally writes:
Babs Keating glows as if he is transmitting electricity while he recalls the 1987 Munster final replay when his Tipperary team defeated Cork in one of the most memorable matches between the two old rivals, ‘It was one of the days of our lives. You could cut the atmosphere with a knife.’

Nothing captures the unique magic and tribalism of the GAA more vividly than that Munster final. Michael Lowry has been one of the most controversial figures in recent Irish political life but he was to play a significant role in the revival of Tipperary’s hurling fortunes in 1986. His meeting with Babs Keating would change hurling history.

‘When Michael became county chairman he asked to meet me. We met in a private house, the late Seamus Maher’s home, because I wanted to meet in secret knowing the stories that would go around. To be fair to him he gave me the power to pick my own selectors. I’ll always remember he said: “You have the job but we have no money.” The County Board was broke after hosting the Centenary All-Ireland in ’84 and the economic situation was very bleak. I got the idea to start the Supporters Club. Then I decided we would raffle a racehorse and Christy Roche bought an ideal horse for us. I got every one I ever knew to buy a ticket like Charlie Haughey and Jack Lynch. I remember being at home one morning and getting a call from Niall Quinn when he was at Arsenal. He told me he had sold seven tickets for me and listed off a who’s who of Arsenal greats who had bought one.

‘My back-up team was Donie Nealon and Theo English. They had played for the county for about 12 years and I don’t think Cork ever beat them. They couldn’t understand why there was such fear of Cork and they transferred that attitude. Our captain Richie Stakelum would always say that Tipperary had such fear of Cork at that stage.

‘People talk about the great team Tipperary had in the ’84 Munster final but that team brought Tipp into Division Two. We played our first league game away against Antrim and won it fairly impressively. The great thing that happened to us was that in our second League match we played Laois and they beat us by ten points in Thurles. We got rid of six or seven players and went in a different direction. If that defeat had come later in the campaign it would have been much harder to regroup. As with everything in life you need a bit of luck. We got it with that game in Laois.

‘One thing I did every January was to take out the two selectors and their wives for a meal and told them to pick the team they would play in the All-Ireland that year. The three of us had 13 identical choices that night in ’87 so we only had to find two players.

‘We had huge confidence going into the Munster final even though Cork were 3-1 on. We had come from nowhere in Division Two and had 12 new personnel. We had money behind us. When we travelled away for big matches we stayed in five-star hotels. I will never forget the first game we played against Cork. Both of us got to the ground at the same time. Our bus was in the Tipperary colours. The Cork players were in their jeans and jumpers. Our lads looked like film stars in their blazers. Richie Stakelum said it was worth five points to us.’

Nicky English won six All-Stars in seven years and was hurler of the year in 1989. He is ideally placed to give an insider’s guide to the game.

‘When I came on the scene Tipperary changed managers almost every year because we weren’t winning Munster Championships. It is a bit like what was happening in Galway for a decade. In a county where you have a lot of hurlers there is a massive turnover of players, with each new manager, and that means there is little or no continuity and a lot of good players are thrown out in the wash before they have the chance to develop. We came close in a high scoring Munster final that we should have won in 1984 when Seánie O’Leary scored a late goal to win for Cork.

‘Things changed when Babs came on board. He did things differently. He raised a lot of money and arranged things in what was a radically different way back then though county players take it for granted today. He got us blazers and we stayed in hotels before matches. Things were tight economically in the 1980s. There was no money around. The Tipperary County Board were putting all their money into upgrading Semple Stadium. All their financial focus was on infrastructure not on looking after players. Up to then we would drive through the traffic on the day and be stuck in traffic. Anything we needed in terms of gear or hurleys was got for us. Before that you got your own hurleys and handed in receipts and often there was a long delay before you got your money back. Sometimes you wouldn’t get your money back at all. It is hard to quantify how much it all helped us on the field of play but it did make an impact. Babs blazed the trail and every football and hurling team followed to a greater or lesser extent. He brought a whole new attitude and confidence. Babs believed and we believed because of him.
‘Winning the 1987 Munster final was my greatest day in hurling. The fact that we beat Cork after extra time in a replay added to it. Tipperary hadn’t won a Munster final since 1971 so that’s why Richie Stakelum’s comment that the “famine days are over” struck such a chord. The emotion our victory unleashed was unreal. Nothing has ever matched that feeling.’

Nicky English is responsible for one of the most iconic scores in hurling when he kicked the ball past Ger Cunnigham to the net in the ’87 Munster Final at Semple Stadium with a bend on the sliotar that George Best would have killed for.

‘I was lucky to have scored goals in big games. I was giving out to myself that day because the one good ball I got in the whole game I had no hurl. I was tackled by Cork’s full-back Richard Browne and lost my hurley. As a youngster I played a lot of tennis and often afterwards we played soccer with a tennis ball. I had no option that day but to kick the ball and many times after that I tried to bend the sliotar the way I did that day but never could. So I was really lucky it came off for me that day.

‘The 1987 Munster final replay was the days of days as an event and from an emotional point of view. The thing is though when I look back at the game I am embarrassed. The standard is very poor. That’s why I despair when I hear people saying hurling used to be much better in “the old days”. Hurling is way better now and will be even better in a few years time.’

Great GAA Rivalries by John Scally is published by Black and White Publishing and is available in all good bookshops now.