Tipperary journal brings a wealth of stories to the surface 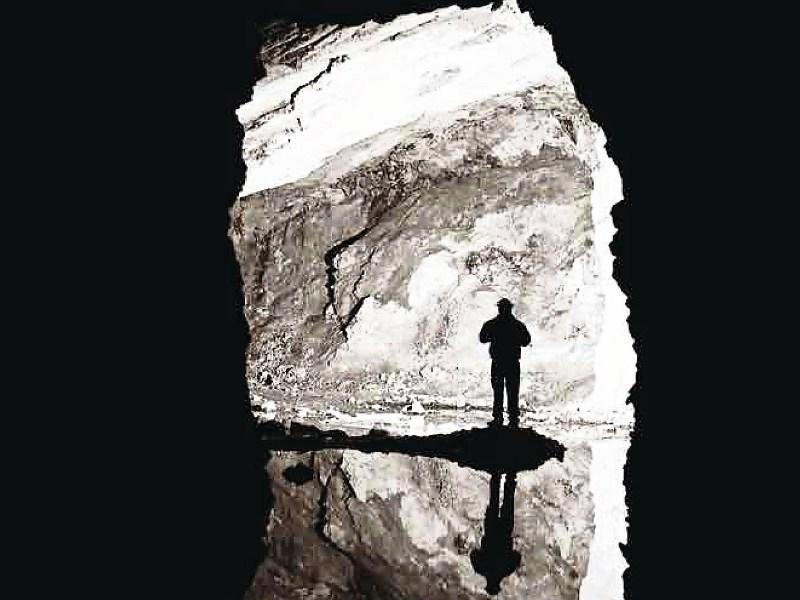 As part of his introduction to the eight edition of Mining The Past, the journal of the Silvermines Historical Society, chairman Seán O Cinnéide poses the question: “What’s the point?”

He goes on to say the answer is simple - interest and curiosity regarding our past.

That interest and curiosity is well catered for through the stories of local people, events and places that fill the journal’s 174 pages. As the strapline for the journal says, Mining The Past introduces the reader to the history, people and places of Silvermines district.

Stories such as that of Morty Gleeson, from Ballinoe who became a mining speculator in Chiltern, eastern Victoria, Australia, who never forgot his roots and bequeathed £50 to the local parish priest for the erection of “pews for the free use of all”.

Damien John Gleeson tells Morty’s fascinating story about how he left Ireland in the 1850s, originally for the US, how he later landed in Australia and set up a successful retail and butchery business, becoming the owner of a vast estate and vineyard and going on to become the first Catholic elected to Chiltern Borough Council.

Morty died in July 1902 and his final resting place is marked with a large Celtic cross.

If Morty’s life was one big adventure, the story of Nora Ryan from Ballygasheeen, Ballinaclough, was one of simplicity, giving over 50 years of dedicated work in her local community.

In their article Nora Ryan, A Woman of Substance, Patricia Mulqueen and Maureen Steed recall Nora’s life when there was no running water, no electricity, no washing machines and only a galvanised bath tub for a weekly bath.

From working in the Carmel Hotel - even meeting The Chief, Eamon de Valera, and later with Jack Powell the vet - Nora has spent over 50 years helping her community, whether in the local ICA, Lissenhall Apostolic Society, Silvermines Hall committee, KIlmore Graveyard committee, the Silvermines No Dump committee and Silvermines Enterprise committee.

Nora has lived life to the full, and, as they authors say, “sampling her home baking was a real pleasure” when they called to interview her.

With climate change now a major concern, there are three separate but interconnected articles on the importance of the railway to the Silvermines.

Donal Quinn recalls bringing calves to the market on the train from Shallee to William B Fitt’s yard on Dock Road in Limerick in the 1950s; Paddy Ryan (Coole) looks at the development of Shallee railway station on the Ballybrophy to Limerick line which operated from 1904 until 1963, while Paddy Ryan explores a proposal to build a railway between Nenagh and Thurles in 1878, which ultimately fell foul to the opposition by, among others, Henry Prittie, Third Baron Dunalley.

Vested interests won out, but imagine what it could be like in this day and age to travel easily by train between Nenagh and Thurles and on to Clonmel and Waterford.

Cáit Logue’s intriguingly titled Ladies, Gentle Women and Unlawful Females recounts the setting up of the Ladies’ Land League and how it encountered much opposition, including from the Catholic Church, with Archbishop McCabe of Dublin saying the women were being asked to “forget the modesty of their sex and high dignity of their womanhood”.

No journal would be complete without reference to the mines themselves, which have played their part in the locality for 1,000 years, ever since their reputed opening by Danish miners.

Denis Gleeson talks to four miners who worked in the mines in the 1950s and who still live in the parish.

They are Eamon Dooley, originally from Feakle in County Clare, who came to Silvermines in 1956 as an electrician; Jim O’Brien from Ballincur, who joined in 1956 as a fitter; Tom Boland, Silvermines, who started in 1958 and worked in the mill, and Michael Gleeson, Capparoe, who worked in the lab and with the surveyors.

The Silvermines also played its part in the War of Independence and John O’Brien writes about the burning of the local creamery on September 13, 1920, and the attacks on premises two weeks later on September 28.

Both incidents followed local IRA activity and were carried out as reprisals.

Given the year that’s in it, it’s fitting to recall Tipperary’s heroics on the playing field, even if by those not playing for their native Tipp, and Michael O’Brien writes about three Silvermines lads who took all-Ireland hurling honours in the past few years for three different counties.

Jason Forde was on the Tipp team that defeated Kilkenny by a point in 2016; Ronan Sherlock lined out at corner back for Meath senior hurlers in their successful bid for the Christy Ring trophy, also in 2016, and Donall O’Brien was the Mayo goalkeeper, again in 2016, when the Westerners won the All-Ireland beating Armagh and lifted the Nicky Rackard trophy for the first time.

Nenagh’s love affair with the silver screen is the subject of Liam Gleeson’s article on the old Rialto cinema on Banba Square.

It operated as a cinema for 30 years, when it showed its last film, Breezy, starring Kay Lenz and William Holden.

Liam’s first film to see was Murder by Proxy, which left him less than impressed, but it was enough to have him hooked on movies.

Ten years after it closed Edward Gleeson arrived from Cappamore and opened the Ormond Cinema, which he has since developed as a multiplex.

The warm and welcoming people of the Silvermines are the subject of Sue Stevenson’s Going Native in Foilnamuck.

“Our time in Foilnamuck was made all the better for the people around us and all those we met along the way,” writes Sue.

Joining the ICA, minding stray cattle, being confused by the different use of words in the English language, “in a nutshell this was our life. None of this would have been special had it not been for the people around us.”

The journal is interspersed with plenty of old photographs capturing the people of Silvermines and district, a community caught in time from a gathering on a pony and trap to the elegance of Bridie Quinlan posing outside, to Mary O’Brien with her bike and Norah and Anne Gleeson at Gortnacleha to the pupils of Lissenhall National School in 1985.

However, we wouldn’t discover the rich seam of Mining The Past were it not for Eileen Byrne’s cover photo, Reflection of the Miner, a superb study that hangs in the private corridor of An Taoiseach, draws the reader into the journal. It encourages us to explore what lies within the covers.

With so much of rural Ireland vanishing due to “economic progress”, it was a delight to read John Kennedy’s memories of growing up in the sub-post office in Dolla which was in fact the front room of their house.

The post office was once an important part of any rural community, and Dolla, run by John’s mother Nonie, was no different, especially at Christmas when cards and parcels were sent abroad and received.

As John writes: “It was a special time of year.”

And at this special time of year, Mining The Past makes a good present, not just for Christmas, but for life. It is available, €10, in local shops.