Two kayakers are taken from Tipperary lake by RNLI

One man brought to hospital after 'major incident' on Lough Derg 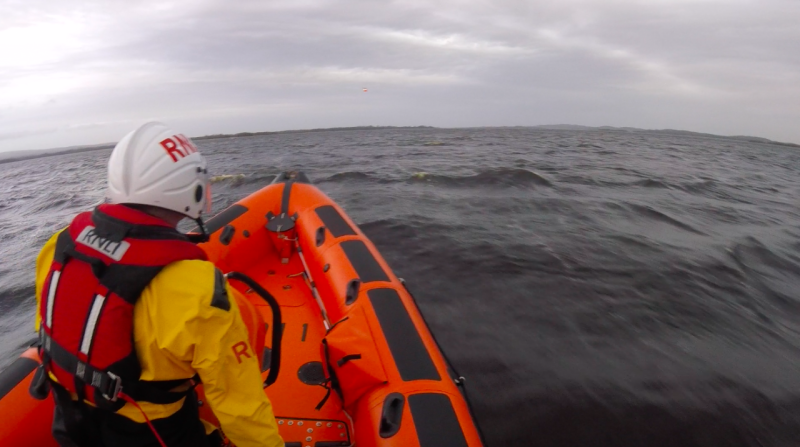 One person was taken to hospital following a major incident on Lough Derg this Saturday in which two kayakers capsized near Garrykennedy.

Lough Derg RNLI launched at the request of Valencia Coast Guard at around 9.30am following reports of two kayakers in difficulty in what were described as Force 3/4 winds, making the water choppy.

Coast Guard helicopter Rescue 115 was also tasked and the mobile Coast Guard unit from Killaloe travelled by road to Garrykennedy to join in the major search and rescue operation, which also included the Gardaí.

The lifeboat crew arrived at the co-ordinates provided by the Coast Guard, but there was no sign of the casualties. After sighting the two casualties in the water Rescue 115 hovered above the location where two people were in the water and holding on to their kayaks. The lifeboat made their way immediately to the scene.

One person was taken to hospital. Rescue 115 was kept on standby in case he needed to airlifted but this was not required and he was brought by road.

It is believed that the men were in the water for a considerable amount of time before one of them, who had a mobile phone, was able to position himself safely to call the emergency services while they held on to their kayaks.

Owen Cavanagh, volunteer helm at Lough Derg RNLI said: "This was a major search and rescue operation today and I’m thankful we were able to rescue these two people from the water with the help of our colleagues. The water is extremely cold at this time year and with the two kayakers out of their craft and in the water they needed help immediately. Our thoughts are with them and their families and we hope they make a full recovery from their ordeal."