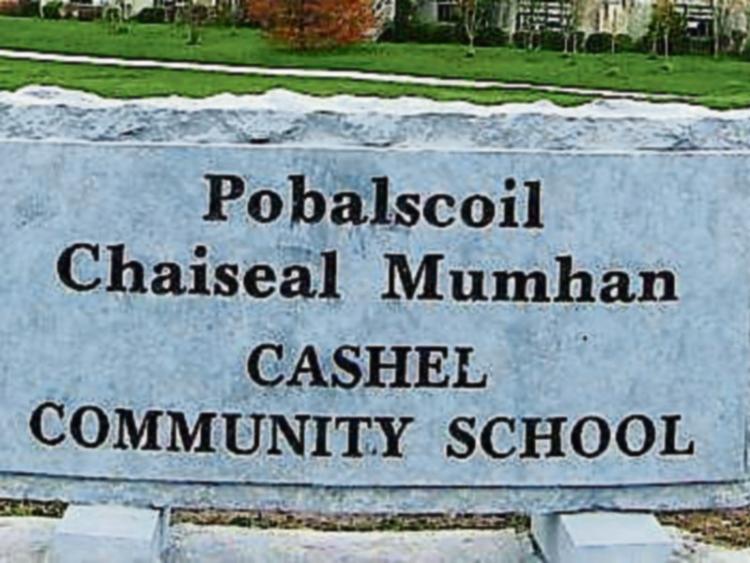 The senior hurlers from Cashel Community School battled their way to a third consecutive Munster Senior B hurling semi-final, thanks to a hard fought win over a gallant Causeway Comprehensive team.

Played on a heavy field in Ballyagran (Limerick) the two sides served up a thrilling contest which ended only after extra-time.

The first half was for the most part a very stop start affair. A point from a free by Cashel’s Conor O’Dwyer opened the scoring after two minutes but the Kerry men soon responded with three excellent scores from play.

The game was tied at three apiece after the opening ten minutes however when O’Dwyer and Daniel Moloney responded with scores from play.

Moloney added another soon after to nudge his side in front but Causeway went on another spree tagging on the next four points to leave the scores 0-7 to 0-4 after 25 minutes. The broken nature of the game was suiting the men form the west coast, with the game stopped on numerous occasions for throw in balls, due to the heavy conditions. Cashel’s purple patch did come however when they quickened the pace of their delivery of ball inside, raising five white flags on the bounce in a six minute blitz before halftime to leave them two up at half time, nine points to seven.

The second half took on a similar pattern to what had preceded it with Causeway’s opening three scores all from placed balls. Cashel kept ahead with scores from O’Dwyer, Moloney and Stephen Browne. While the forwards were doing their bit a tireless effort from Jamie Duncan and Tomás Bourke in the backline, ensured CCS held a slight advantage heading down the stretch in this arm wrestle of a quarter-final.

Causeway would come again however and capitalised on a Cashel team who were retreating too deep into their own half. Two frees and a score from their centre back saw them cut the lead to one before they tied the game for the fifth time with two minutes left. A sucker punch goal with normal time up looked to have handed the men from Kerry victory, but with this only spurred the Tipperary team on as they battled courageously to score the next four points, from Euan Ryan, Stephen Browne and two from Conor O’Dwyer to edge them one ahead.

However, as the game was so stop-start it was in the seventh minute of injury time when a Causeway free landed to send this thriller to extra time, with the score line 0.18 to 1.15

The opening period saw Cashel hit the front with superb scores from Callum Lawrence and Cathal Quinn, but once again they were dealt a huge blow when they conceded 1-1, the point coming from a free. Heart, determination and character were needed if CCS were to come from behind again and this team has those characteristics in abundance.

Three points from O’Dwyer (two frees), who was now on one leg with a knee heavily strapped, got them back in the game in the second half of ET. A free and point from play saw Causeway retake their lead but a superb effort from captain Lorcan Carr saw Cashel tie the game for a remarkable tenth time. It was the man with ice in his veins, Conor O’Dwyer who nailed his eighth free of the day to finally see his side over the line on a score-line of 0-25 to 2-18.

Supported by a large Cashel crowd, CCS showed that the work they have put in over the past four months stood to them as their superior fitness eventually saw them over the line.

St Augustines Dungarvan now await in a semi-final which is fixed for Saturday the 25th of January.