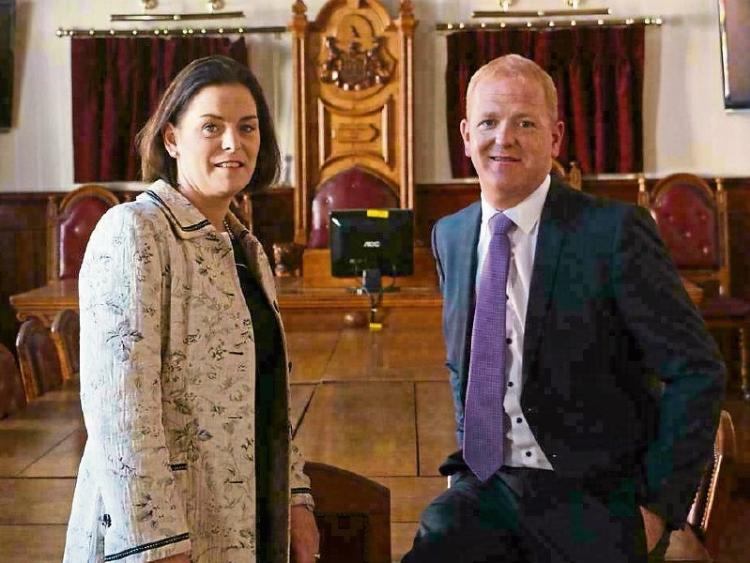 A former Clonmel Mayor and Councillor, and now resident of Cashel, Darren Ryan, has been announced as campaign manager for Fine Gael candidate Mary Newman Julian in the upcoming general election.

Now living in Cashel, Darren was instrumental in spearheading the Cashel playground refurbishment, which was completed last year.

Speaking following the announcement, Mary Newman Julian said, “I am delighted to have someone of Darren’s standing to be my general election campaign manager.

“Darren has been involved in the community life of South Tipperary for over twenty-five years, and he has an in-depth knowledge of issues effecting people from every walk of life.

“Darren is a committed community activist; I have attended a large number of events with him in Clonmel and its very visible the enormous respect that people have for him in the town, given his time as a public and community representative. Darren in keenly aware of the sensitivities of working with people and he brings this skill to the overall team.

Darren is very well-known right across the constituency and has contacts in many towns and villages.

“He has a passion for working with and assisting people and this is very evident since he moved to Cashel last year as he has become involved in a lot of community projects. The one that stands out in particular is his chairmanship of the Cashel Playground Development Committee. I am really looking forward to working with Darren and thank him most sincerely for agreeing to be my campaign manager.”

Darren has been a member of Fine Gael since early 2016, canvassing for former Minister Tom Hayes in the 2016 general election and for a number of candidates in the local elections last year.

Darren said: “I am delighted to be working with a candidate such as Mary, she is dedicated and committed to getting elected at the next general election. I am continuously impressed by her work ethic and tireless efforts at working with people and agencies right across the Constituency.

“Mary is one of the hardest working people I have ever met, she has a very sincere and genuine passion to represent the people of Tipperary as a TD and I am honoured to be part of the team that is working to achieve this.

There is no town, village or community that Mary does not want to visit and work with to achieve their goals. She has been instrumental in delivering CLÁR funding for the Irish Wheelchair Association in Tipperary Town and Roscrea, and has just completed a process of assisting groups with Sports Capital Applications.

As a mother of four young children, Mary can speak sincerely and genuinely to parents about issues effecting them and she has the capacity of bringing these issues to government attention.”

“Her work ethic knows no bounds, be it an individual case of sorting out a carers allowance or medical card problem for a family in need, campaigning for central government support for Tipperary town or her work at national level for the greyhound sector. I know that business people in Clonmel and surrounding area were very appreciative of her work with Minister Josepha Madigan’s Department on securing the future of the coursing festival in Clonmel for this year.

Mary simply has a solution-based approach to every issue that comes her way, and where there is a will, there is a way.

“When the election is called, our team is ready; there is clearly a really significant appetite for change amongst the electorate in this county, but what Mary, and we as a team offer, is not change for the sake of change, but change for the better; a candidate who can be a strong and positive voice for Tipperary in the next Dáil.”