Fran Hardy had lost a son in quarry tragedy 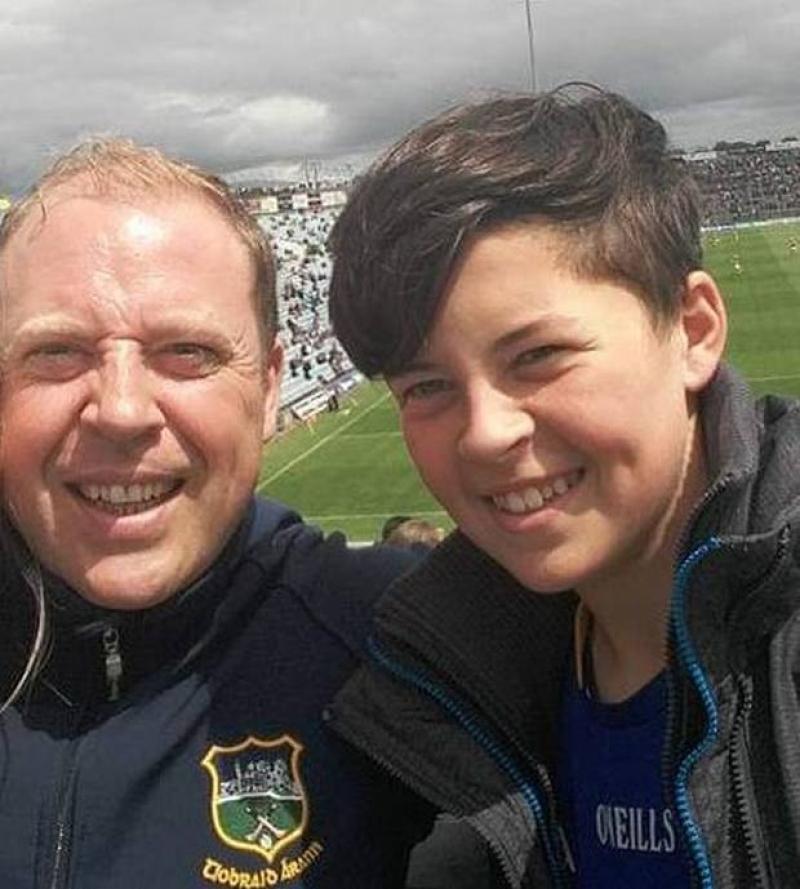 Tragedy: Fran Harding with his son Shay Maloney, who died in a drowning accident in 2018

The victim of a tragic drowning off the Clare coast last weekend was originally from Tipperary.

Fran Harding, who was in his 40s, died on Sunday after he got into difficulties while swimming off the popular seaside resort of Lahinch. Mr Harding's partner is expecting a baby later this year.

This was the second drowning tragedy to hit the family as Mr Harding's 15-year-old son, Shay Maloney, died alongside his friend Jack Kenneally in a disused quarry outside Ennis in May 2018.

The Shannon-based search and rescue helicopter Rescue 115 arrived at the scene shortly before 11am and lifted Mr Harding from the water.

The helicopter brought Mr Harding to the beach, and a short time later, he was returned to the helicopter and flown to University Hospital Limerick where he was pronounced dead on Sunday afternoon.

Local tributes have  been paid to Mr Harding, with Éire Óg Inis GAA saying Mr Harding had hurled for two years with its Junior B team after moving to Clare.

Fine Gael Senator Martin Conway described Mr Harding as “a gentleman and always so helpful on the many occasions our path met”.

Mr Harding is reposing this Wednesday evening at St. Benedict's Church, Coolmeen, from 5pm, with prayers at at 7.30pm.

His funeral Mass is on Thursday at 11am, followed by burial in Drumcliffe cemetery.