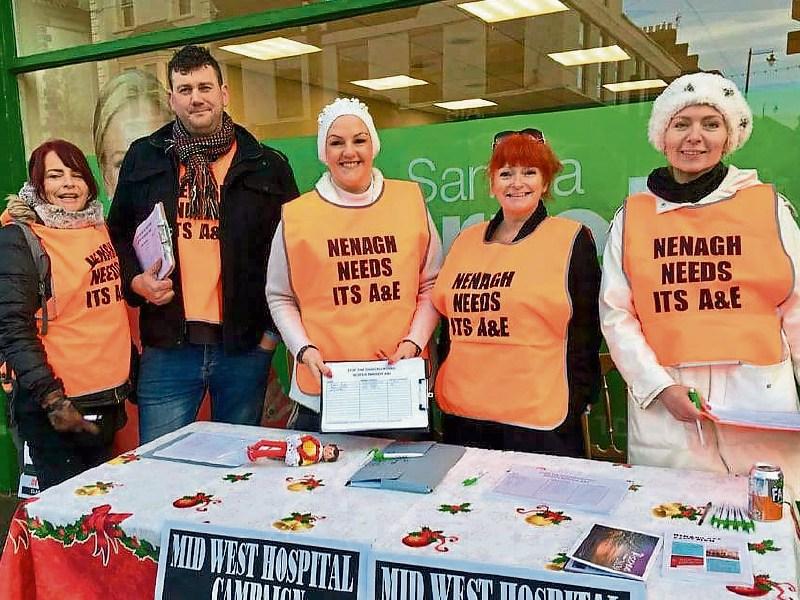 Local campaigners to have Nenagh Hospital’s A&E reopened will join the planned protest in Limerick on February 1 highlighting the health crisis in the Mid West.

Damian O’Donoghue of Nenagh needs Its A&E, said that the protest was in response to the sustained crisis in University Hospital LImerick’s Emergency Department.

“We have had enough. UHL is consistently the most overcrowded hospital in the country. People of all ages, particularly the elderly, are in need of care but are terrified to attend the hospital,” he said.

He said the group wanted this situation to be declared a national emergency and for the Government to establish a special taskforce to end the overcrowding and address specifically the health needs of the Mid-West. They also want Nenagh, Ennis and St John’s emergency departments reopened without further delay.

The protest is being organised by the Mid-West Hospital Campaign and supported by the Stand up for Mental Health group.

The marchers will assemble at St John’s Hospital Limerick at 1pm.