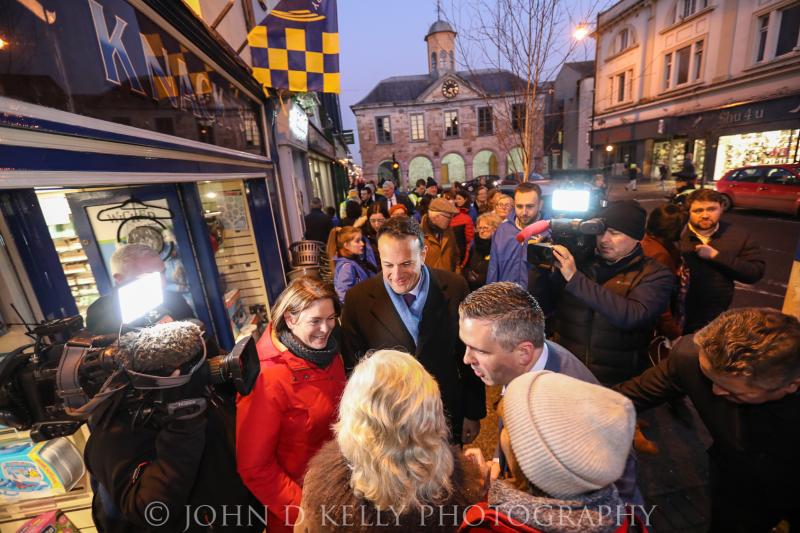 Taoiseach Leo Varadkar visited Clonmel today(Saturday January 18) on his birthday  and said that he wanted to see more investment in South Tipperary General Hospital to follow on from the €20million new hospital unit in Clonmel set to open in the next few weeks.

Visiting Clonmel on his 41 st birthday  to support general election candidates  Garret Ahearn and Mary Newman Julian Taoiseach Varadkar  said the arrival of  forty new beds at a hospital which had suffered from overcrowding was long overdue.

"It  is really good news,the last time I visited the hospital there were patients on trolleys  out to the reception area, that was not acceptable," he said.

Taoiseach Varadkar said his own grandmother, who had since passed away, had been a patient  in Clonmel hospital on a number of occasions where  she had received good care but unfortunately   she had also suffered the indignity of being on a trolley .

Taoiseach Varadkar said  the clinical leaders at the hos pital had made a case for further investment  and he wanted to see more investment at the hospital to follow up on the  new forty bed unit.

Taoiseach  Varadkar ( above being presented with a birthday cake)was welcomed to the town by Clonmel's Fine Gael Mayor and general election candidate Cllr.Garret Ahearn , whose wife Laura and their new born son Jamie were present  to wish the taoiseach a happy birthday.

Taoiseach Varadkar was escorted around the town by Mayor Cllr.Ahearn and Mary Newman Julian, another Fine Gael election candidate.

He said it was a  matter of regret to him that there was no Tipperary Fine Gael TD elected  to the Dail in the last local election.

"We have a very strong chance of getting one seat and of being in a position to challenge for a second seat" said Taoiseach Varadkar.