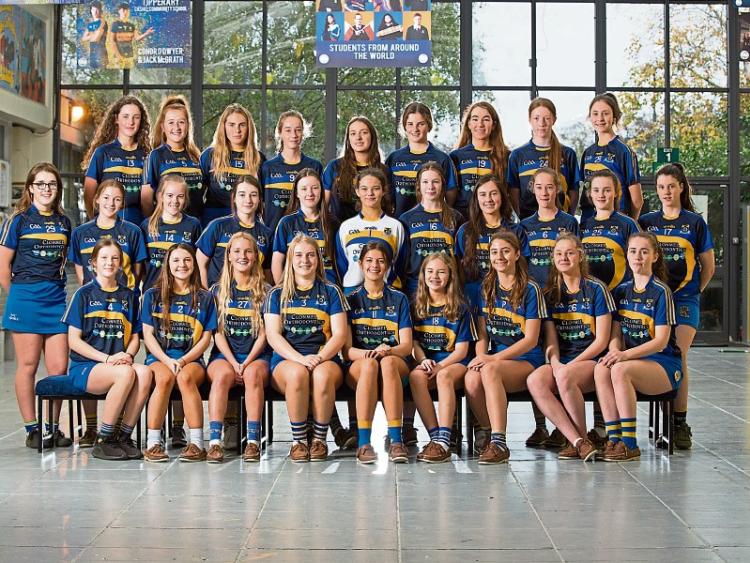 On Thursday January 16, Cashel CS junior camogie team recorded a momentous victory over St Marys of Midleton on a scoreline of 4.05 to 0.06 to be crowned Munster champions.

Cashel got off to a flying start with Kellie Browne finding the net on two occasions.

This was followed up by a Lisa O Connor penalty. The full back line of Aoife White, Ciara Gahan and Ella O Dwyer kept Midleton scoreless from play.

In the heavy underfoot conditions our half backs Lisa Blair, Lily Fahie and Katelyn Downey put in hard work, supported by Emma Horgan and Lucy Fogarty in midfield.

Lily Fahie at centre back played a pivotal role both defensively and offensively. Cashel CS led 3.00 to 0.02 at half-time.

The second half started with Cashel getting the first two scores from our sharp shooter Grace Moloney. Ellie Butler, Anna Fahie and the quick footed Lisa O’Connor kept pressure on the Midleton backs.

This was a huge victory for the Cashel girls who were mentored by Trevor Galvin and Marie White. This was their first year playing Junior B after winning the C competiton last year. This group of 29 girls will relish playing in the A grade next year. They now progress to the All Ireland semi final on a date to be arranged.