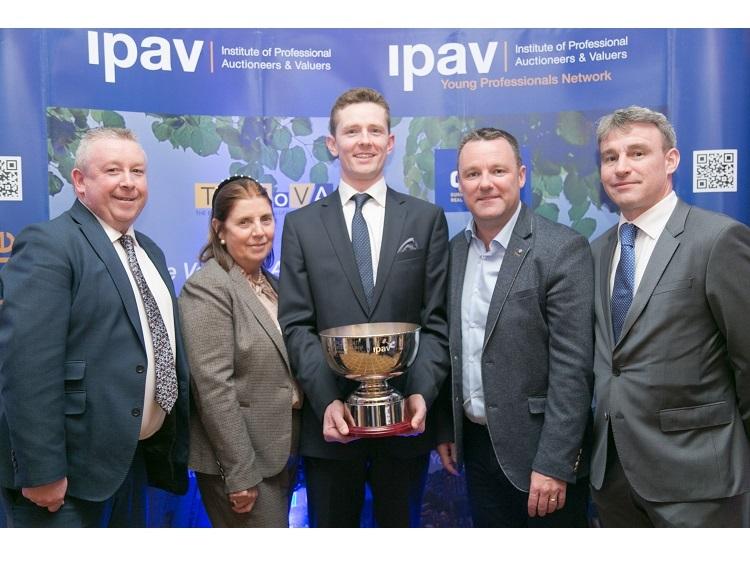 A young Tipperary auctioneer has won this year’s IPAV National Competition for Novice Rostrum Auctioneer which saw competitors from throughout the country going head-to-head to show their skills in rostrum selling.
Michael Ryan from Tipperary was a very worthy winner from a field of talent with a wide variety of selling styles.
The fiercely contested challenge held at Tattersalls Ireland, in Ratoath Co. Meath on Friday, January 17 was sponsored by Tattersalls Ireland, Property Partners, Irish Independent and America's Auction Academy.
Competitors were required to have no more than five appearances on the rostrum prior to the competition and to hold a PSRA (Property Services Regulatory Authority) licence.
Twelve final contestants were selected from a large number of entries to display their skills in a staged auction with a diverse range of lots designed to challenge, encourage creativity and simulate the sort of lots on offer in real-life situations.
Enthusiastic bidders, some of whom were given a brief to interject and challenge the novices, made offers for a converted church; a prize winning bull; a house with land and a piece of art, with guide prices ranging from €1,500 to €545,000.
The judging panel boasted an array of highly respected and experienced auctioneers, including Colm Farrell from Gort, Co. Galway, Alastair Pim of Tattersalls and this year's guest judge, well-known TV auctioneer, Colm O'Donnellan. 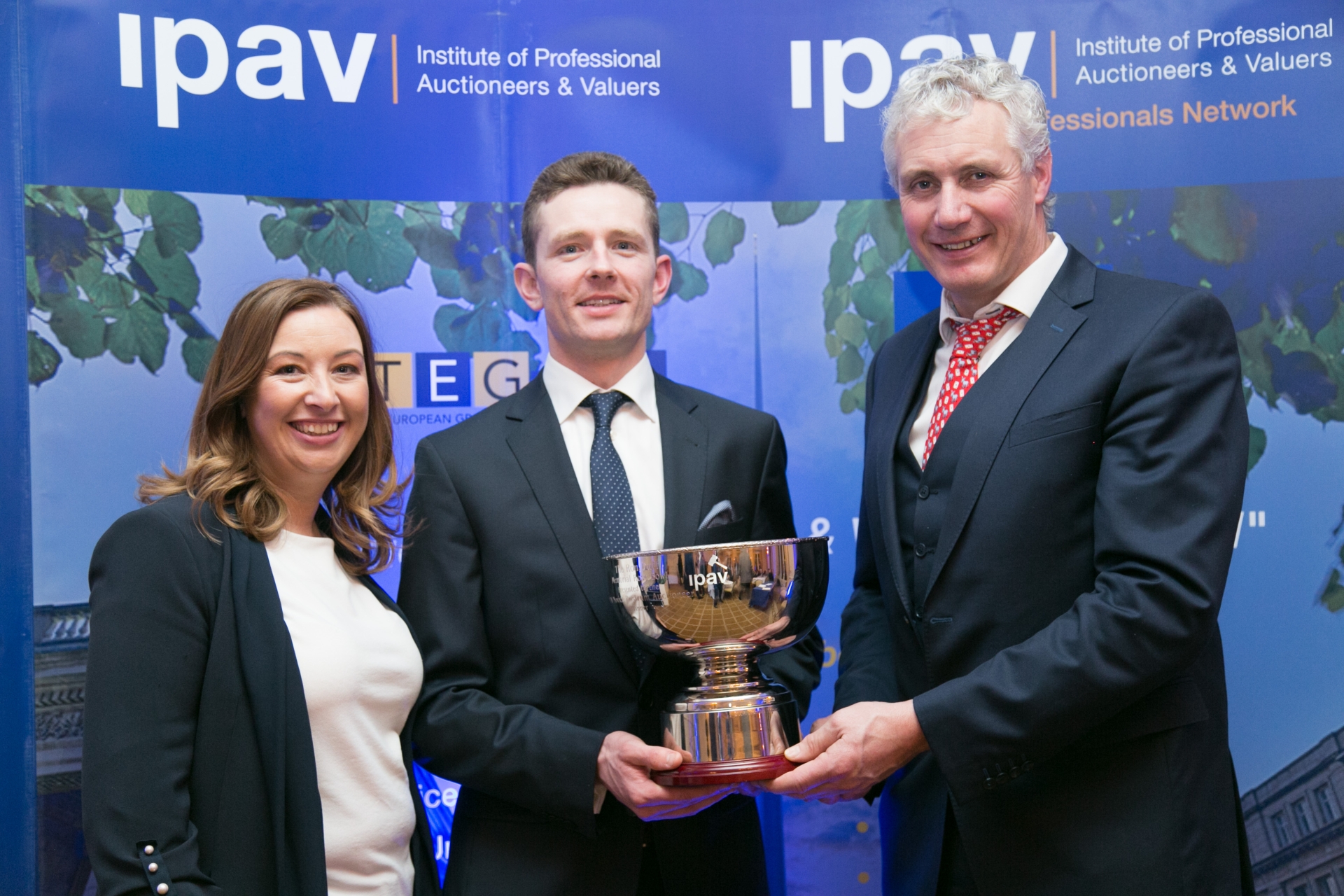 As the day progressed numbers were whittled down from 12 to a final three – Michael Ryan, Adrian Kelly and Ryan Finnegan.
The three finalists undertook one final auction for charity at a gala dinner with proceeds going to Inner City Helping Homeless.
Overall winner, Michael Ryan, will receive a week’s training at the America's Auction Academy in Texas, a sponsored prize by the world famous Texas Academy. On completion he will receive a diploma in rostrum auctioneering.
He also received the Ron Duff Memorial perpetual Rose Bowl which was presented by Antoinette Duff and family members of the late Ron Duff.
Event organiser Niamh Giffney, Chairperson of the Young Professionals Network at IPAV, the Institute of Professional Auctioneers & Valuers, said the calibre of entrants was very high in this, the second year of the competition.
“The judges had a difficult task to pick the eventual winner. It was terrific to see so many talented auctioneers from all over the country and from some very large auction houses,” she said.
Michael takes over the title from last year’s winner, Nick Maher, an auctioneer also from Tipperary.