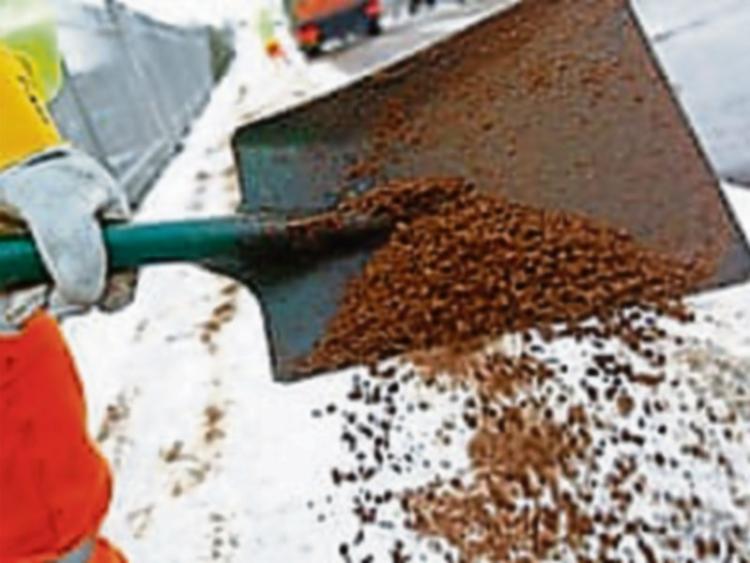 Cllr Sean Ryan called for 30kph speed limit signs to be introduced to all estates in Thurles, at the January meeting of Thurles municipal district.

“A number of estates in Thurles don’t have them,” he said.

Cllr Ryan called for a better system of salting routes in poor weather. The surface at the entrance of Parnell Street car park is “very bad.”

A junction at Liskaveen bridge in Littleton is “very dangerous.” “It’s completely blind as you come out.

“The outline is extremely poor. It’s one of the main arterial routes from Thurles.

There has been a number of accidents there. Landowners are anxious that something is done,” said Cllr Ryan.

Cllr Michéal Lowry said that people are coming off the motorway there “assuming the roads are fine. The amount of accidents are just crazy. People are getting aggrieved, that certain roads are not being addressed.”

Cllr Lowry said he had seen six salters in action in Cork recently, which he had never seen in Tipperary.

Cllr Michael Smith said that the Dunkerrin road to Templemore has seen “numerous accidents”. The problem is that a portion of the road is in Co Offaly, which is salted, leading drivers to believe “everything is ok” in the Tipperary parts of the road. “Roads where there are continuous accidents do need to be salted,” said Cllr Smith.

Cllr Shane Lee asked that something be done for the footpath at the IWA in Roscrea “on an emergency basis”. “The ramp there on the footpath - lots of staff are pushing wheelchairs there, it’s not good.”

Cllr Peter Ryan called attention to the entrance of Thurles Railway Station, which is “very severe” for wheelchair users.

Cllr Noel Coonan said there is a “difficult spot” at Knock Hill near Roscrea in terms of being salted. “It’s really a death trap.”

Ballinroe is another area, “that is rather topical at the moment. There are people in rural Ireland who not being looked after.

“People in rural Ireland are paying their taxes as well, and are entitled to have their roads gritted,” said Cllr Coonan.

“There have been numerous accidents between Thurles and Templemore. One woman was rescued by three men. How was that road not gritted at the time? It was around 7am that morning. It was very traumatic for that person.” The emergency services had to be involved.

“I am genuinely led to believe that road was not gritted that morning,” said Cllr Coonan, who called for a review of the gritting program for the area.