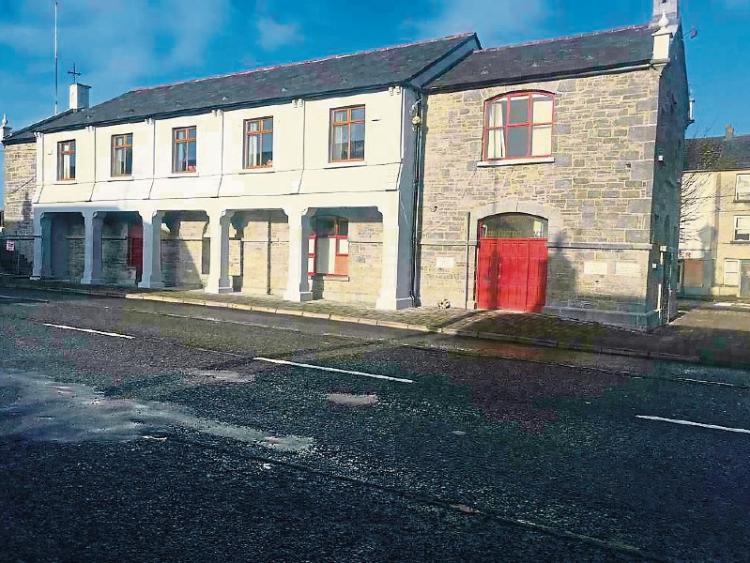 Templemore Town Hall which is being refurbished

The refurbishment of the Town Hall in Templemore will involve the replacement of both clocks, heard this month’s Thurles municipal district meeting.

The clocks, which were donated, had become a focal point, and people were asking where are they? “They are asking can they be replaced as soon as possible,” said Cllr Noel Coonan.

The Town Hall clocks are stored in Cork, and will remain so until the next phase of works.

Meanwhile, people who are living in Templemore Retirement Village, are living there “without services.”

The Village went into receivership, and it’s understood it has been sold. But “people have wiped their hands clean” of it, said Cllr Coonan.

The Council should ensure that, from a health and safety point of view, that the people there are “looked after.”

Cllr Coonan also asked engineer John Jones that works be carried out on Templemore graveyard on a “phased basis” as there are problems with grass verge trimming.

Cllr Coonan was told that the Retirement Village issue is now out of the Council’s hands.