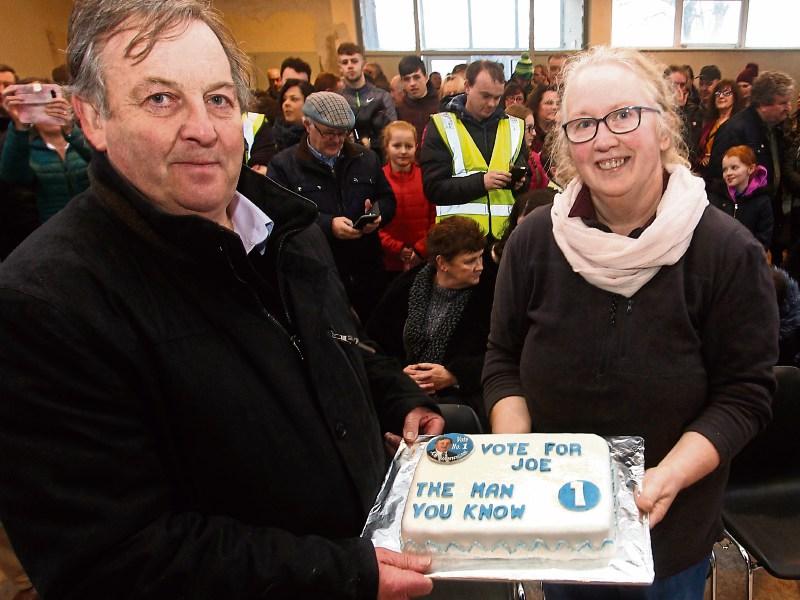 Independent candidate Cllr Joe Hannigan told his final rally in his native Kilbarron that he would love nothing more than getting stuck in to work with the communities, the villages and the towns throughout Tipperary.

“I know my strengths and my strengths are in working with and through people,” he told the huge crowd gathered in the local hall.

He said that if elected, he intended to bring this spirit of cooperation to his role as a TD.

The chair of Nenagh District Council pointed out that there was a growing imbalance developing between the Greater Dublin area and the rest of the country.

“Our rural areas, towns and villages need investment as do our services and I intend to work towards supporting the great communities, farms and businesses throughout county Tipperary,” he said.

Cllr Hannigan warned that the development of our towns will not happen from the top down - the inspiration must come from within the community.

Earlier, political strategist and friend John Joe Conwell said that when he came to Tipperary 40 years ago, he experienced at first hand the bustling market towns of Tipperary.

“However, during the recent canvass I have come to realise that many of these towns and villages are on their knees due to loss of jobs and lack of investment. Templemore and Roscrea are such examples of this.

“These are exactly the type of towns he would love to become involved with, but not in a peripheral ‘top down’ approach but rather as a facilitator and a motivator,” said Mr Conwell.

Cllr Seamus Morris, Independent, said that the most important thing he had learned about Cllr Hannigan was that he got things done.