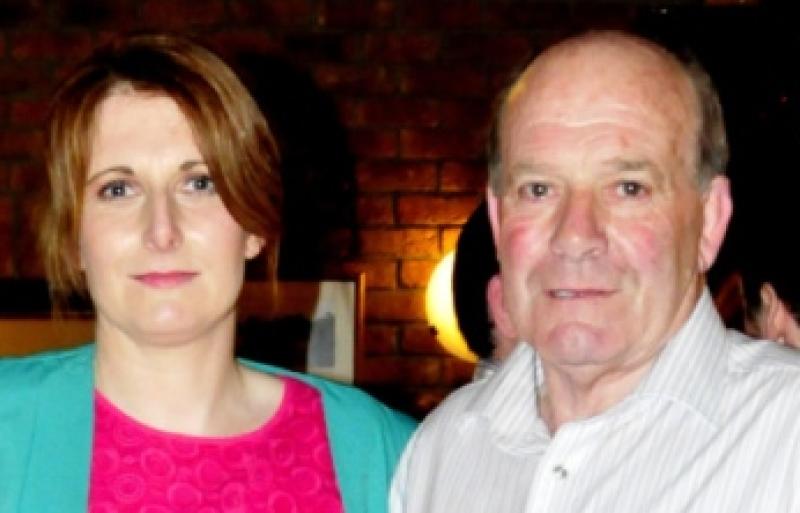 Cllr Fiona Bonfield with her father, Martin, who died suddenly this week

Well known throughout the local community, Mr Bonfield, who had only recently been out canvassing in the general election and was at the launch of Deputy Alan Kelly's campaign in Nenagh, died suddenly at his home.

Reposing at Meehan’s Funeral Home, Newport on Friday, February 7, from 6 pm, with removal at 8pm to the Church of the Most Holy Redeemer, Newport.

Requiem Mass on Saturday, February 8, at 11.30am, with burial afterwards in Rockvale Cemetery, Newport.

Family flowers only please. Donations, if desired, to the Irish Heart Foundation.