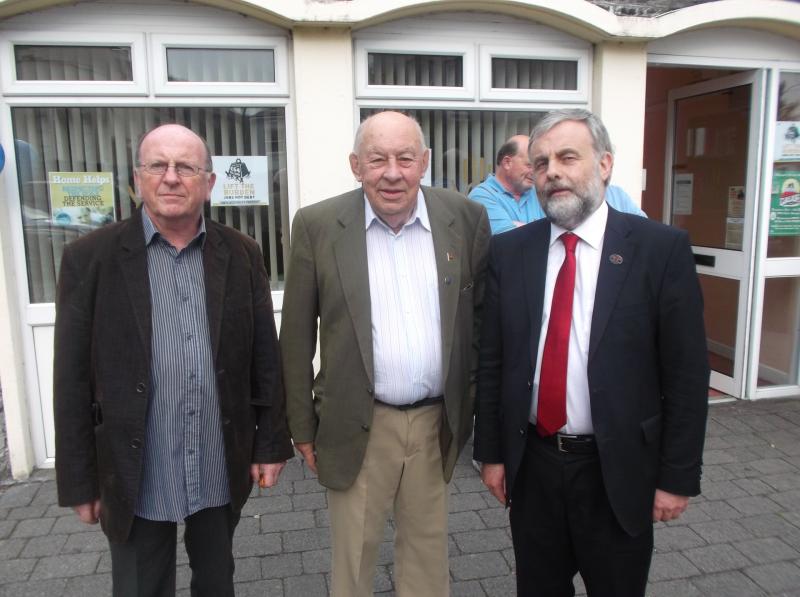 The late Ger Lewis, centre, at the unveiling of a plaque in Nenagh to mark the centenary of the Lockout, with, left Johnny Whelan, and then Siptu president Jack O'Connor

The worlds of Tipperary rugby and politics are this weekend mourning the passing of Nenagh's Ger Lewis.

Mr Lewis was elected to Nenagh UDC in 1960. It was a lengthy council, lasting seven years.

He spent 25 years with CIE in various locations around the country and came back to Nenagh in 1977 to take the role of branch official in the ITGWU.

Along with his late brother Frank, who was a county councillor and chair of North Tipperary County Council, Ger was a stalwart of the Labour Party in North Tipperary.

nenagh Ormond paid tribute to him on their ewbsite this Friday saying they would like to pass our condolences to Bridie, Kevin, Marie , Fiona and the extended Lewis family on the death of Ger.

"Ger contributed many decades of service to Nenagh Ormond as a player, administrator, coach, supporter and was a past president of the club. His lifelong contribution to Nenagh rugby was reflected by his attendance and contribution at the most recent agm.

Reposing at Ryans Funeral Home, Nenagh this Friday from 5pm to 7pm. Remains arriving to St Mary of the Rosary Church, Nenagh on Saturday for his Requiem Mass at 12pm, with burial afterwards in Lisboney new cemetery.